The InfraSpace Environment Update is out!

Hello everyone and welcome to the InfraSpace Environment Update!! 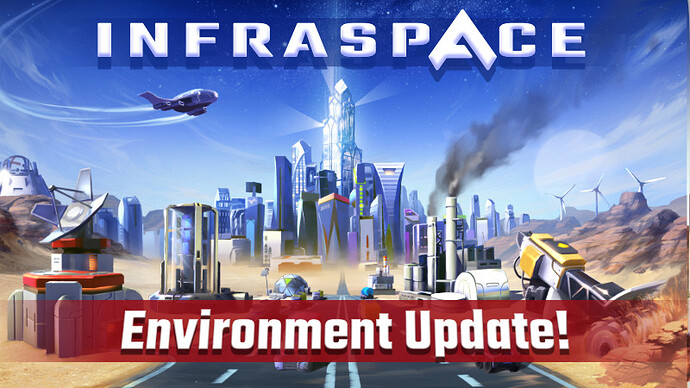 You have waited a long time for this and now it’s here.
The biggest changes at a glance:

Because we changed the whole world, old saves are not compatible BUT you can keep playing the old version by switching to it in the InfraSpace Steam “Betas” settings for as long as you like!

InfraSpace players want to play big and that’s what we want to provide. The new map 2 times as long and 2 times as wide giving you a total of 4x the usual playable area which was already so big that almost no player was able to fill it completely.

With the new space upgrade we also put a lot of work into making the terrain itself more interesting.
You will now find a couple of different biomes on your map: 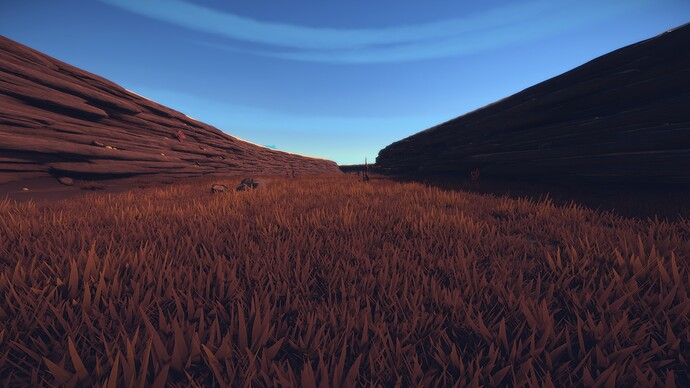 While the dried river contains no flowing water, it’s geology makes it a lot easier to reach underground water and methane deposits. The steep rock walls protect the area from both sun and wind and gives opportunity for mushroom-like alien plants to grow on the sides. 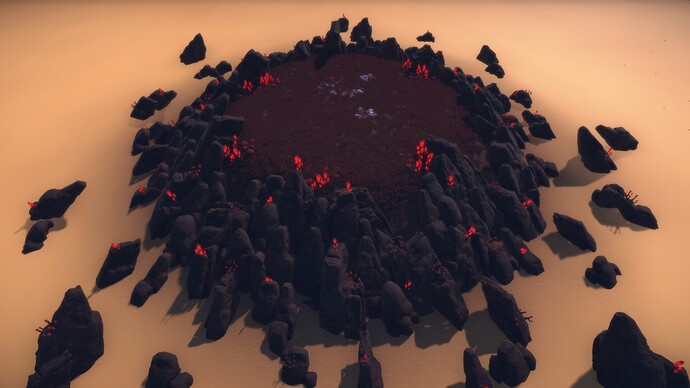 The inactive volcano used to shape the landscape in the area. Now, its unusual soil composition nourishes some strange alien fungi. Also, the inactive caldera is a good source of valuable iridium. 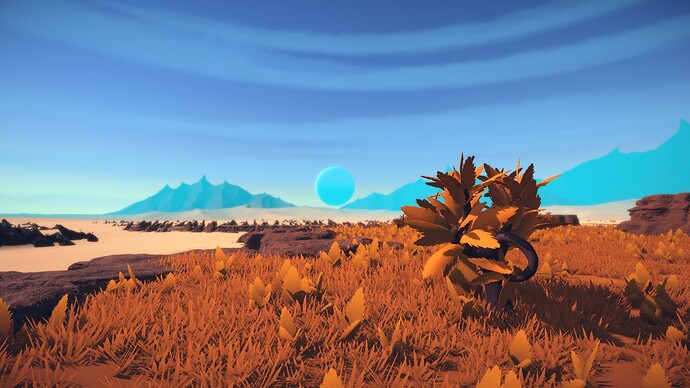 The highlands are some of the most alive areas of this planet. The soil is still full of nutrients because of the proximity to the previously not-dry river and the plants here get enough sunlight compared to the ones in the dried river itself. 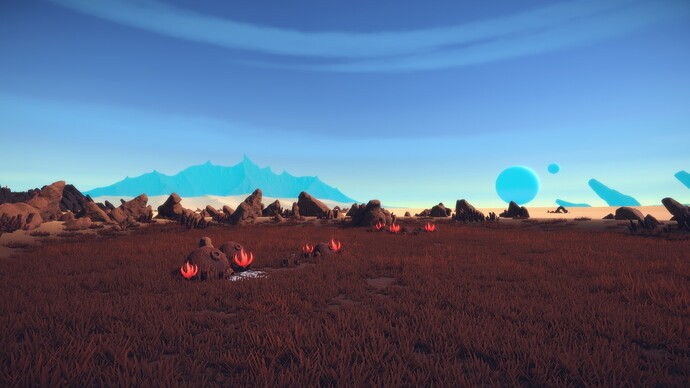 The petrified crater is a very different biome: It seems like a large asteroid impact long ago has compressed the soil can’t hold much liquid resources at all and neither man nor nature can reach through the ground very easily. Any plants that grow here risk drying out and getting petrified in seasons with a lot of sun. On the other hand, the leftover asteroid material provides for some rich aluminum deposits. 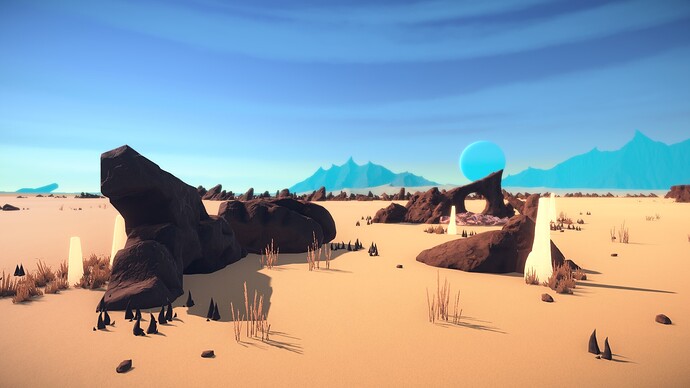 Most of the area in the map is taken up by the desert biome. Much of it is empty to give you enough space to build your city, but there are some rock structures strewn throughout containing the most basic mineral resources, copper and iron. 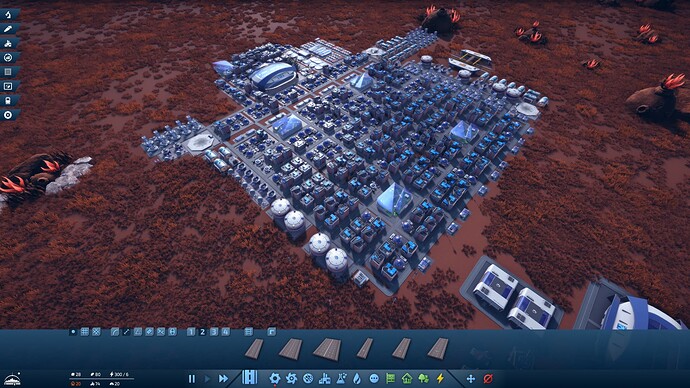 With the new biomes, some of the places on the map have become more difficult to reach. You can now research cargo gondolas that will extend your logistics network to any type of terrain, no matter how rugged.

Cargo gondolas work like a train station in that you can connect a superhighway directly into the gondola station and each gondola will carry hundreds of items. The difference is that a gondola connection has only one start and end point and can go over any type of terrain - even across the large dried river! 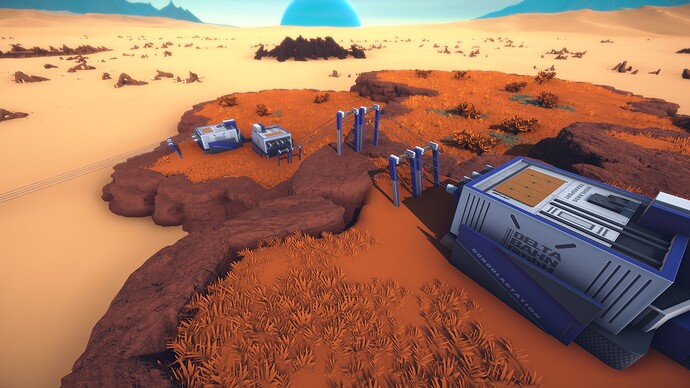 Some players dream of building a city like a factory, meticulously laid out in the most optimal way, destroying any kind of nature that gets in its way. But the new biomes contain a lot more rocks, obstructing your building efforts!

Worry not, because you have a huge space ship sitting in orbit. You are now able to repair Antares’ laser cannon and use it to melt any alien rocks or plants that might get in your way.

Use the new targeting station building to guide your laser and queue the next objects for removal.

Mod support is coming to InfraSpace!
We put quite some effort into this feature, so you can mod all kinds of things

All that and more is explained online in our modding guide! 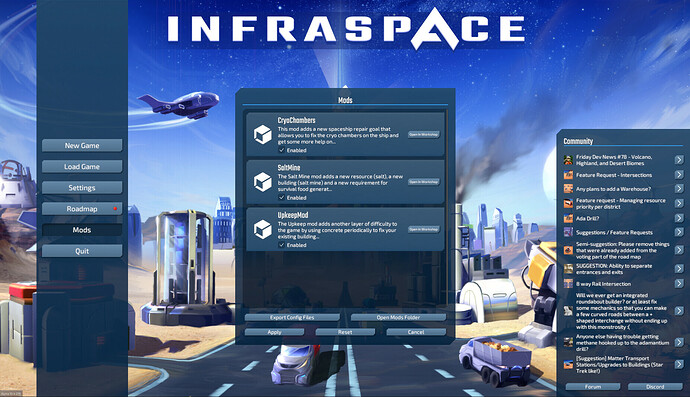 We made 3 example mods that new modders can download and check out, one of them adding a salt mine, just for fun! 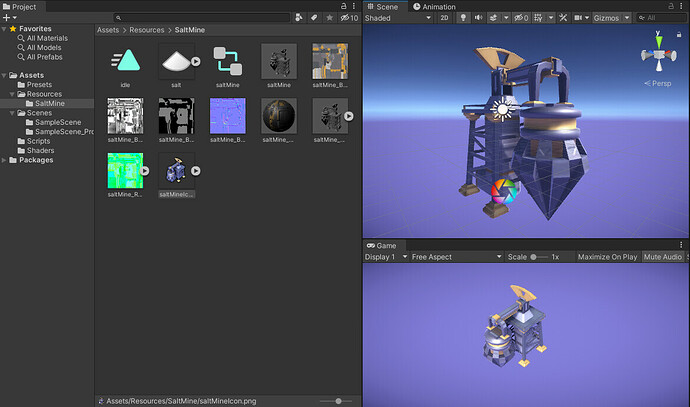 During the update we also worked on just improving the base game here and there. One of these things are the new habitat building varations. Pictured below are habitat level 5 and 6 buildings. I think they upgrade the look a lot already and there is even more to come

Finally, the bigger map required us to delve into graphics optimization a fair bit, so we did just that. Especially draw calls and triangle counts of the base map were reduced a lot and once we add graphics settings to remove grass on low settings, InfraSpace should be playable on most hardware.
Simulation optimizations are a different topic and will come next update!

We also fixed a bunch of bugs, the most important one being that the large adamantine drill now properly connects to methane pipes. Also, the storage of almost every building was increased to allow for longer travel times between production centers.

Let us know if you have any issues, we’ll check the forums and discord in the coming days for leftover bugs.
We hope you enjoy the update - happy playing!