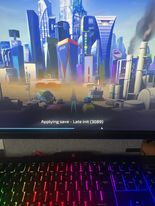 Same issue here. Did you find a solution?

Sorry for the issue, this is easy to fix, but we need your save file to see the error.
You can find it by going to settings → open saves folder and then send it to me: daniel@dionicsoftware.com

Once I have the save file, I can see the error, fix it, and upload an update for you. Thanks for the help!

I have the same problem but unfortunately, my emails won’t allow me to send a 33MB save file as an attachment!

I see. Can you compress it?

I have the same problem. I will send my save file shortly. If it helps I can also send an earlier save, 15 minutes prior, which will load.

You could perhaps use https://wetransfer.com/ to send your save? I use it for work a lot.

Good shout! Have compressed and emailed across along with the player logs for analysis. Thanks for taking a look, it’s really appreciated!

Thanks for the suggestion @Quantra - I had an ‘unthinking moment’ and didn’t think of using bog standard ‘Zip’! Worked well and save file sent.

Hello everyone! first of all, tiny update today: Fixed a bug where 2 players couldn’t load their saves Added Japanese translation (thanks to the community translators!) New Planet Concepts That’s right , in the next major update you’ll be getting a complete planet overhaul to play with! (Note: we will try to keep your old maps playable. the next major update will also take 2 months or so) It’s still a work in progress, so today I’d like to show you some of our concepts and ideas. Our fir…

Thanks @ZeroAlpha and @Quantra for the saves, they helped a lot!

No problem @Daniel; glad they were of use

No thank you for the fix and this wonderful game!

I have an issue similar to this, my PC tower will shut off and turn back on at seemingly random times and it appeared after I played for a good number of hours. When it first appeared, I went to go load up the most previous save file, and as soon as it loaded up the save, the PC tower shut off and turn backed on. I tried again and it still happened. I checked the other saves, the auto saves were doing the same thing, and then I tried opening a save that worked before, and I was able to play for a few minutes, then the PC tower shut off and back on. I after a while uninstalled and reinstalled the game, and the most previous now stays on for a whole lot longer now, but it still at random turns the PC tower off and back on.