first of all, tiny update today:

That’s right , in the next major update you’ll be getting a complete planet overhaul to play with!

(Note: we will try to keep your old maps playable. the next major update will also take 2 months or so)

It’s still a work in progress, so today I’d like to show you some of our concepts and ideas.

Our first attempts started by modifying the terrain we already had - what if we added a couple more interesting biomes? How about a volcano? An ancient dried up river?

This thought process got us to the following sketches: 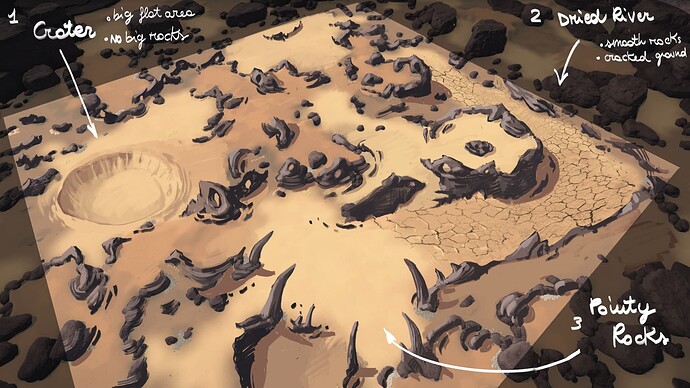 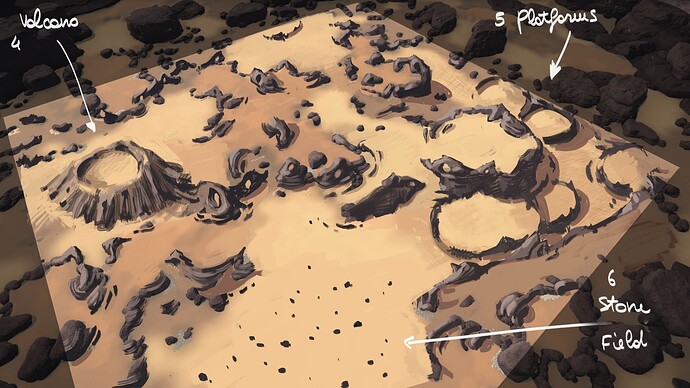 Still looks familar, for sure… but also with some interesting twists.

Then we thought what if we expanded on the idea. Made the dried river an actual deep geological feature that you could even build part of your city in?

Looks pretty good for a quick sketch, but we have this featuer on our roadmap called “cargo gondolas”. How about we not only use them in the river, but make an entire feature out of it where you need to traverse height to access resources? 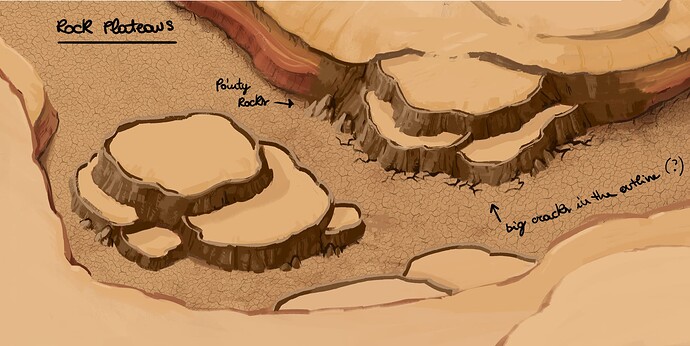 That’s nice! But we also need some big open a
reas for players to build their city in - lot’s of people just want space to build freely. How about a big crater? 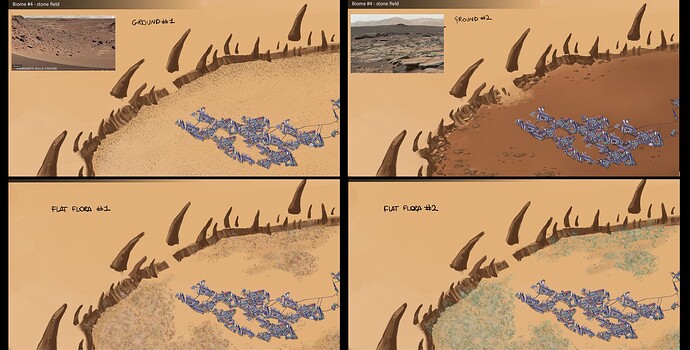 Ok, cool, but I mentioned volancoes earlier. What about them, are they just for decoration? Or do they hold precious resources at the top that you could maybe gather with a mining outpost and transport to your main city? 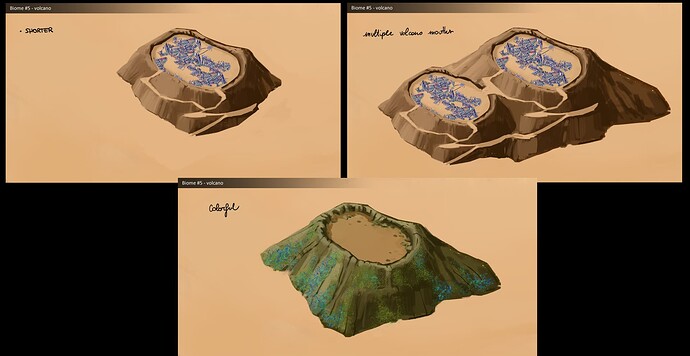 Interesting, so that’s a lot of new ideas, but what could they look like put together? Just a quick sketch? 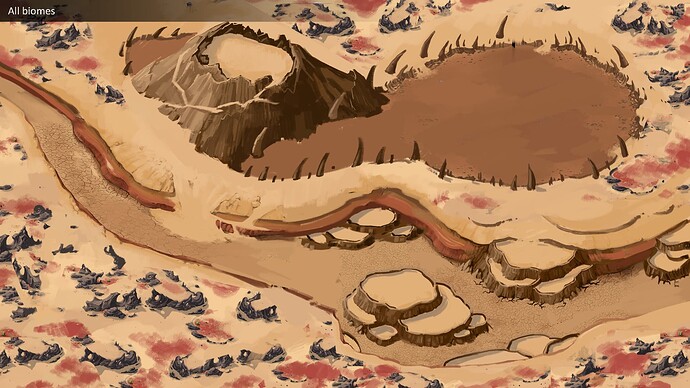 The sketches you see here are still far from the final result, but they should give you an overview of the kinds of ideas we are working on and what might be coming to InfraSpace in the next major update.

Until then, happy playing!

Looks great. This will really elevate the game to the next level. I was just wondering today if I could unlock more terrain squares in the current game.

I can’t wait for the next major update.

What challenges are the different areas going to have?
Will the dried up river have pitfalls in it that a city can disappear into?
Will a volcano erupt?
Will wildlife attack and destroy plant that is far away from the main cities?
Will we need to build walls?

walls would be pretty neat, especially if we had to use them to keep stuff from falling into some kind of subterranean mining area for some new deplete-able resource on the new planets, or to keep lava away from our building, or just to imprison our colonists and never let them leave our outpost…

maybe some kind of building holding citizens that you can send to your city for free and permanently, like repairing the passenger deck on the spaceship would be cool

more resources will mean a lot more items, so maybe even a new housing level. Would look sick!