I’ve seen a lot of people eagerly waiting for the train update, so I wanted to give you a release date:

Alpha 8, the Train Update will come out in 2 weeks, on Friday Dec 10th!

I spent this week getting trains to move on their rails as well as setting up train lines. We’re going to need next week to handle train signaling so they don’t drive through each other all the time. And finally, we reserve the last week to clean up the feature, add descriptions, localizations, etc. We also need this final week for unrelated community feedback stuff, like preventing u-turns for cars.

More about the Train Update

We’re getting deep into development, so I wanted to share a bunch of progress pics:

The old auto-curve was difficult to use since it always moved neighboring roads in order to make a nice curve. The new tool will make it easier to do well rounded curves as well as perfect circles. We made this for rails initially, but it will also be available for roads. 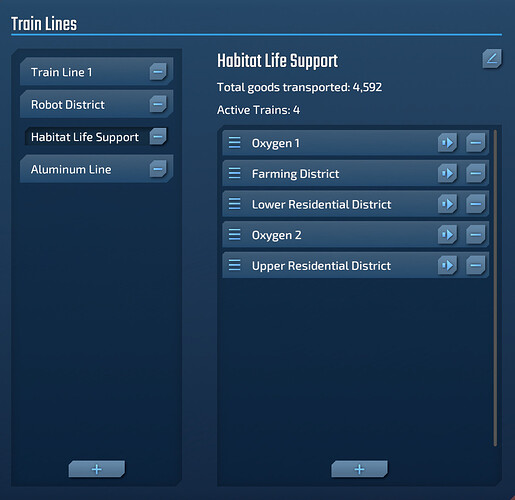 The train line panel lets you configure which trains should go where. You can create as many lines as you want with as many stations as you want. 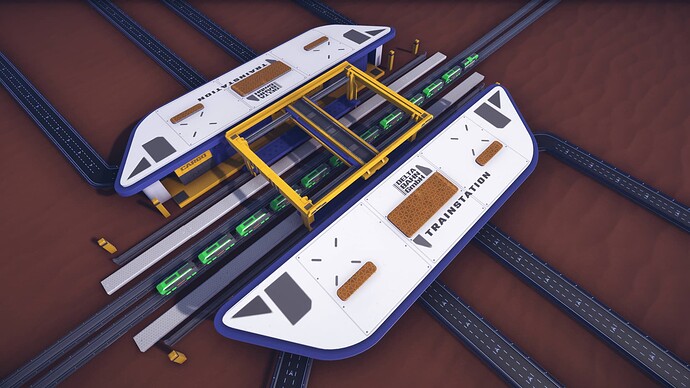 We did some experiments and it seems like we’ll be able to support long trains with 1 locomotive and up to 11 wagons for a total of 12 carts. It is currently undecided if shorter trains will also be possible at some point. You can connect highways directly with the station for maximum input/output. 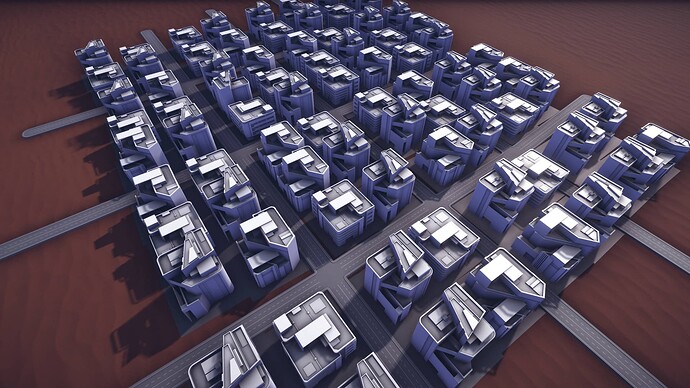 The train update will come with new models for our habitats, so it won’t look as uniform and boring anymore. The picture above is missing textures, so don’t worry if it looks a little grey still

While this week was the first one I’ve been able to spend most of my time on trains, we still release some extras this week. These are not many changes, but each has been really important to a couple of players in this week’s feedback posts. Specifically: