What's wrong with my train station?

Can anyone advise what might be wrong with the train station setup? Is this hooked up wrong? I have inbound for motors on the bottom, and outbound for microchips on the top.
Motors are being requested directly east where I have a road from the station going, so not sure why trains aren’t moving.
Confirmed there are completed loops on the other ends of lines. 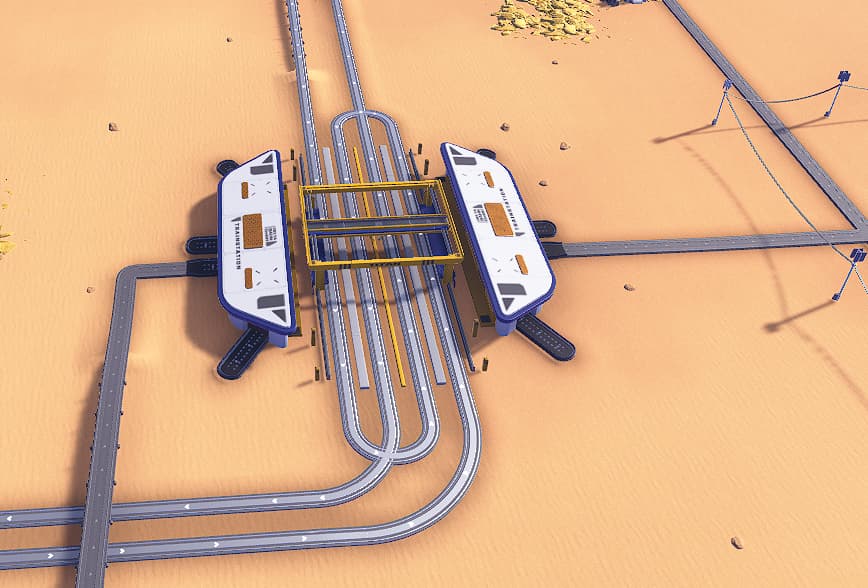 I’m far from an expert on trains (hence the sign), but… lines that cross should be bridged, not just intersectional. Also you have dead end tracks. Trains need continuous loops, they don’t operate when they require reverse. Here is a pic of the sign I built with some continuous trains running around it. You can see the continuous loop I used at the far left. That loop style is a simplification of a functional closed train system. You can lead them other places but the loop must complete. You can also see how all my tracks use bridges to cross rather than intersections.

As a side not, don’t get too attached to the idea of trains solving problems for you. Trains are wildly inefficient, and not very configurable/controllable. Even with unlimited funds (see my steel resources in the pic) to design amazing rail networks they are very unlikely to contribute to the city as a whole. By the time you have the resources to construct massive train lines, they move far too few resources to be helpful. As I said, I am far from an expert, but I have found that no amount of resources can overcome my inability to make trains work effectively. Until one of us figures it out and lays out a how-to on train efficiency, I would concentrate on traffic management. 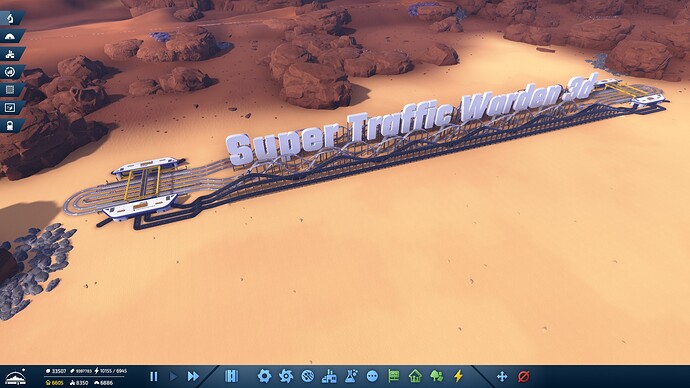 Might be a dumb question - but have you set up a train line in the train tab? Add a line, then add the stations you want it to service, then add the number of trains you’d like?

I only ask because I don’t see any actual trains in your screen shot.

Always use the biggest station you can, they are such a pain to upgrade later. Between space, reconfiguring rail, any items previously store’s are lost, and all your train routes need to be redone. Almost always results in some form of temporary population crash.

riots1337
Might be a dumb question - but have you set up a train line in the train tab? Add a line, then add the stations you want it to service, then add the number of trains you’d like?

I only ask because I don’t see any actual trains in your screen shot.

They are there, just hard to see because of the low-res. Look closely at the station and you can see a few. I can get train stations to work, they just don’t seem to be nearly as helpful as they could be or I think they should be.

Not a dumb question at all as that was the issue, slapping hand to forehead. Thanks for the help and tips!