What are some of the most efficient neighborhood layouts for parks, stadiums, and schools?

What are the best neighborhood layouts that maximize the number of habitats covered by each park, stadium, and school (to avoid them taking up too much space) without generating too much traffic?

Here is a layout that worked well for me. It’s a city I abandoned and let rot so it looks particularly unimpressive in the screenshot. It was other issues that caused problems within the city and this residential layout was one of the only things that didn’t cause headaches. I still use this layout in other cities with no issues so far. 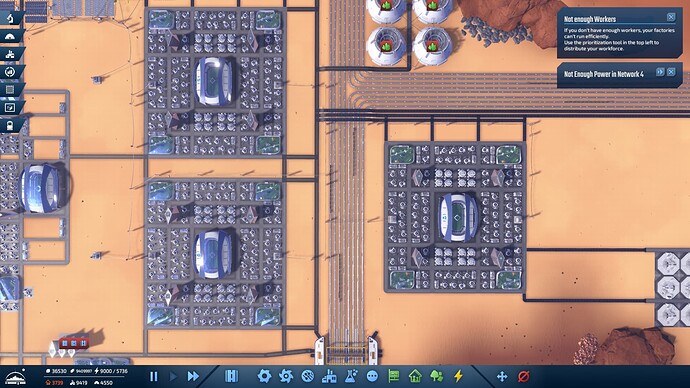 In my experience the placement of parks really doesn’t matter from an efficiency standpoint. The bottleneck with parks is actually their entrance, not the roads leading up to them. A park’s entryway can only admit cars quickly enough to support around 50 stage 6 habitats (I haven’t measured this or anything, that’s just a rough ballpark of where I start to notice problems), and beyond that you’ll end up with a big line outside of the park that clogs the road. You don’t need to place very efficient at all to fit 50 habitats around a park.

Big tip, connect parks and stadiums only with one-way roads as outgoing connections. 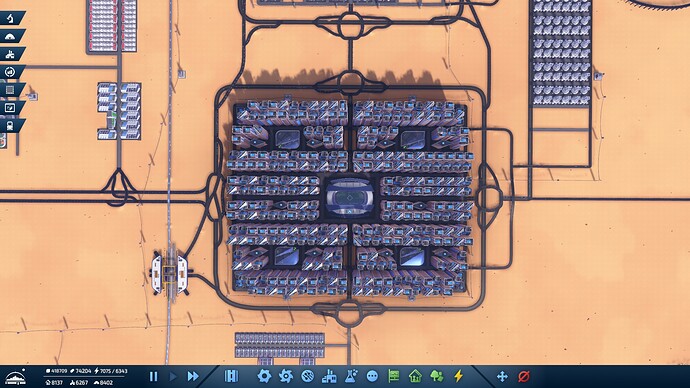 This is my try in building the most efficient way. What do you think about this?

Here is an updated version of the ones I have used in the past. There is a small flaw in it though. There are two small res units across the street from the stadium that do not upgrade. I’ve not bothered to solve the problem as it nicely integrates O2 and food. You can see in the pics I leave room around them to add supplementary services. Learn from me and build more central O2 generators if you want to pack them tighter. I’ve been replacing the non-upgrading res units with O2’s as of recently. So far no traffic issues using 2-ways internally, and 1-ways leading to them. 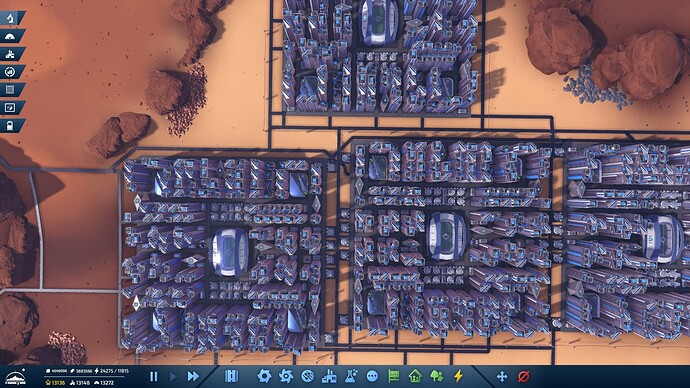 Simple basic one i did 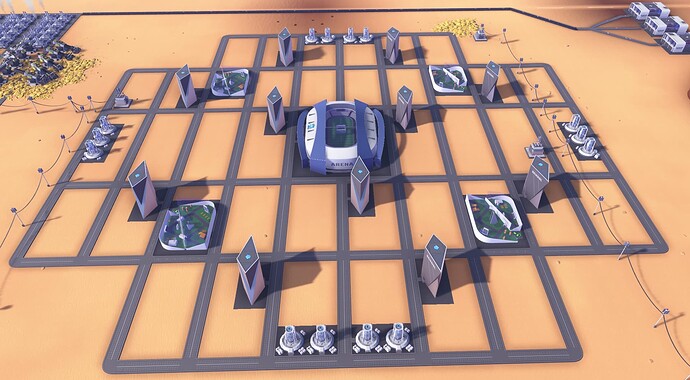