When a factory has resources coming from two directions, trucks on the lane closest to factory can block path of trucks farthest from factory, creating a permanent traffic jam. 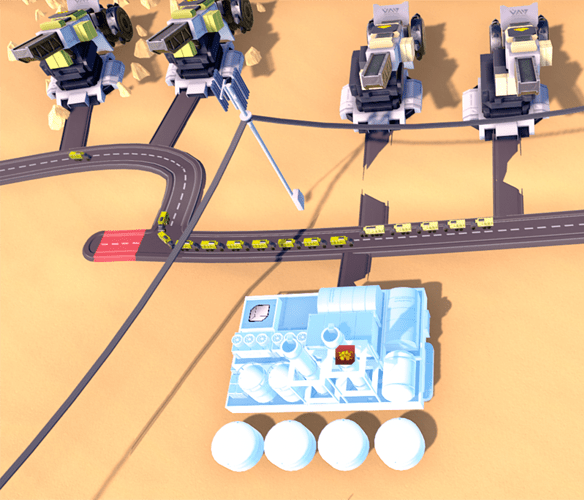 Hm, interesting situation. Could you share a save file with that issue? Thanks!

I was afraid you were going to ask for that, but I fixed the issue with a new road before saving.

What I suspect happened is the sulfur truck coming from the left stopped for an exiting cement truck because that lane registers a clip event preventing it from turning in when there’s an exiting vehicle. The sand truck coming from the right then got turn priority while the sulfur truck on the opposite lane also blocked its ability to turn into the cement factory, which created the permanent traffic jam.

Recreated it and may have clarified the bug or found a second one. Not entirely sure the traffic from two directions matters so much as two mines on the far lane with the factory on the near lane being half offset with its building connection.

Next screencap shows two trucks on top of each other from the sand mines. One turned onto the road atop a sand truck that was almost already there and waiting to turn into the factory. Will email the save. 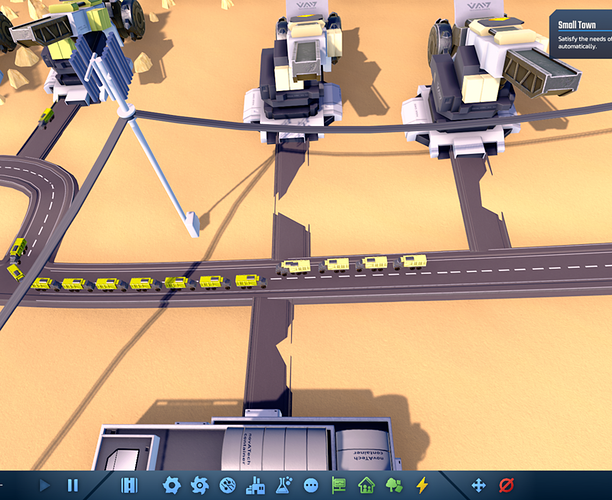