I just got the game and I’m really enjoying it.

I tried to build a second rail line, only when I go into the train view, I add the first station, then when I add the second station, it turns red, or sometimes they both turn red, and it won’t let me add a train to the line.

Both stations are connected, with loopbacks at each end. roads connect the ‘in’ ports on one station, and the ‘out’ ports on the other, but they still won’t connect. what do I do?

Yes the trains are bugged since the update. Like it will lay tracks through a train station and when you delete the track it deletes it in the station. Also it makes little sliver sections of track that seem to error the train lines as well. Its annoying as the trains worked before this last big update 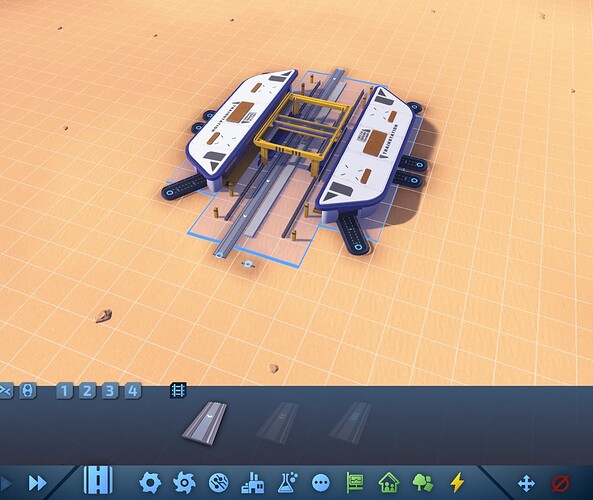 YES! those are the same issues I’ve seen too! especially the little sliver of train track that kills everything!

It happened to me too. Not just the rails, but also the road attached to the station got deleted as well.

I managed to delete an output-road from the train station (bottom right), after connecting a road in the wrong direction and deleting that. 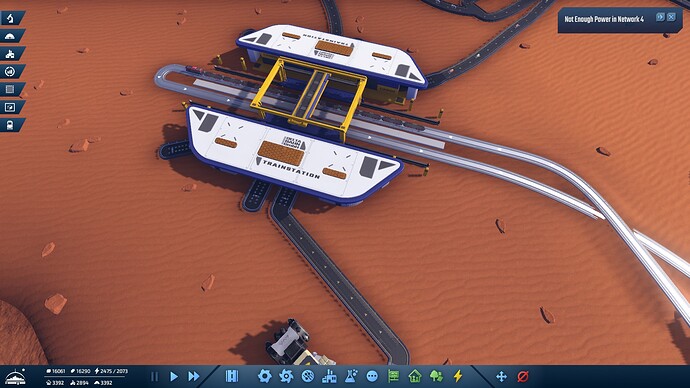 Are you sure it’s not under ground? Sometimes the connection roads from mines are completely under ground when it’s on or near a slope.

There does not seem to be a slope nearby. That said, I am having trouble reproducing it and I lost the save. 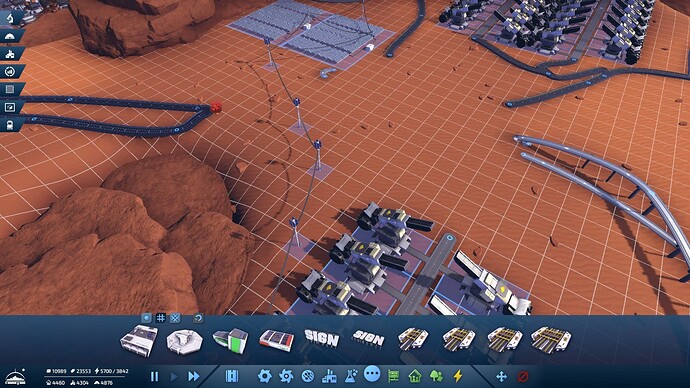 Hi everyone. There might be 2 issues here with one of them already fixed:

I’m not sure if that is fixed yet. If you can reproduce it, let me know how!