And welcome to… the traffic lights update!
It might be named after traffic lights since they are the head roadmap feature for this update, but there are a slew of other new features, especially in the quality of life department. So buckle up and check them out!

Disclaimer: Since we added a grid, we had to change a lot of building sizes. If you want to keep playing your old city for now, you can either try converting it or revert to a previous update. Check in-game for details.

This is our headline feature!
Click on any intersection to choose between traffic lights, traffic signs and no special traffic control.
Traffic lights have an additional control panel so you can adjust phases and lights to your hearts desire! 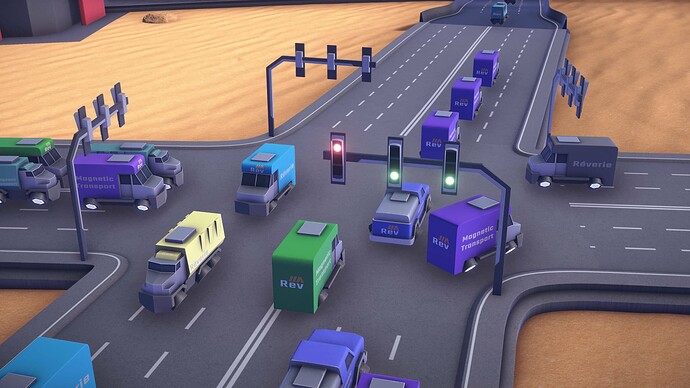 Tip: Take some time and watch how traffic behaves. Sometimes, traffic lights are the best solution, sometimes a sign is enough, and for irregular traffic, no traffic control can be the best decision, too!

Traffic Signs have pros and cons. They are perfect if you need to prioritize one direction over an other, but since they never change, you need to be careful you don’t starve the other directions by mistake!

This is something we underestimated initially! We put it on our list like any other community request. But once we announced it, players were super excited! That’s why I’m especially happy to bring you not one, but two grids to align your city perfectly: 0° and 45° global grids.

You can always turn off grids (with hotkey!) so you can build as freely as you’re used to!

One of the biggest problems for new InfraSpace players can be: Why is my factory not exporting their goods? What does “Outgoing storage full” even mean?

That’s why we added a new visualization for you to see where each factory can deliver goods to: 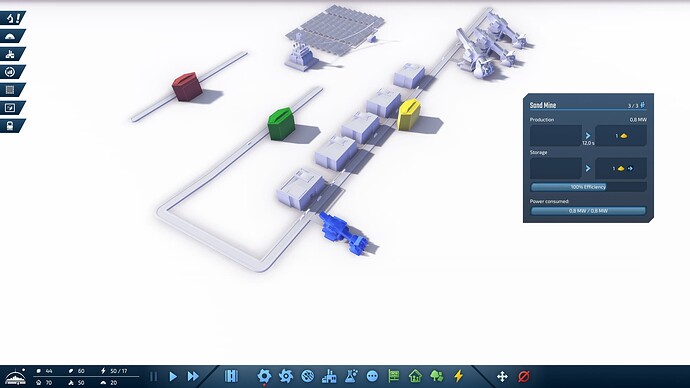 Parks, Stadiums, and Schools no longer “produce” their products like factories. Instead, they provide their effects to habitats in their range. You still need a road connection and you still need to take care of traffic, though! 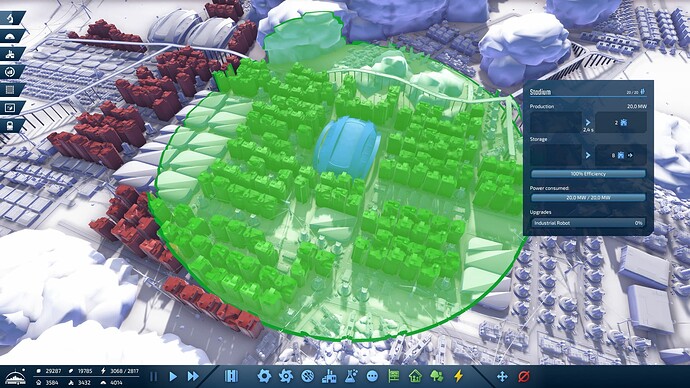 Our surprise feature for this update!
People have complained about the trains’ usefulness since they moved slower than superhighways. They still had use in controlling traffic (one train does not get into gridlocks because of lane switching), but you needed the right situation to get the most out of it.

Now, we’re introducing two more speed upgrades: From originally 150 speed, you can now go to 250, and then further to 450!

Also, trains now display their speed when you click on them, so you can check it out!

And finally, since we are on train-related news: Train stations now show their storage, so you have a better overview of your goods.

It’s been a fun experiment and some players liked our slanted buildings, but on the other hand they could look a little extreme on mountain ranges. Also, habitats sometimes collided with each other after upgrading to taller buildings if they were slanted just slightly towards each other.

That’s why after this update buildings will be standing upright. The terrain will adapt to the shape of the building. 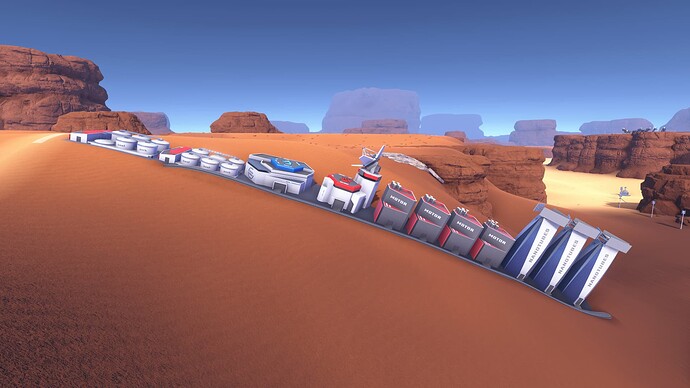 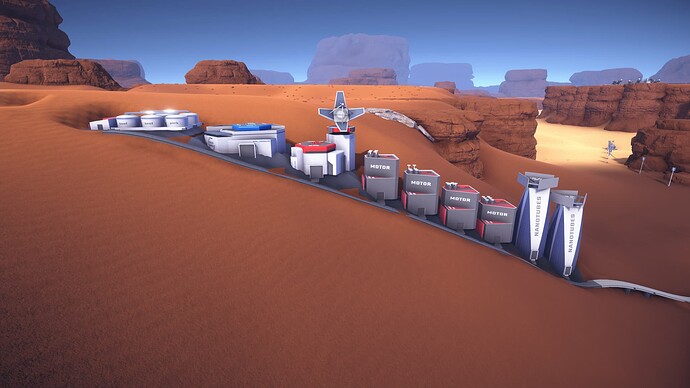 Maybe a little unexpected, but we found that uneven terrain in the desert prevented people from building a nicely aligned city and made their job harder unnecessarily. Besides making the desert flat, we also reduced the height of the highlands slightly.

This only affects new saves.

My most favorite quality of life feature!
Check it out and build allll the buildings:

By far our most requested quality of life feature.

We added UI scaling from 80% - 125% and increased the default text size, so now everyone should be able to play without issues here!

Our small little side project. For this update, they just life in your habitats and work in your factories. However, in the future your citizens might take a more active role… 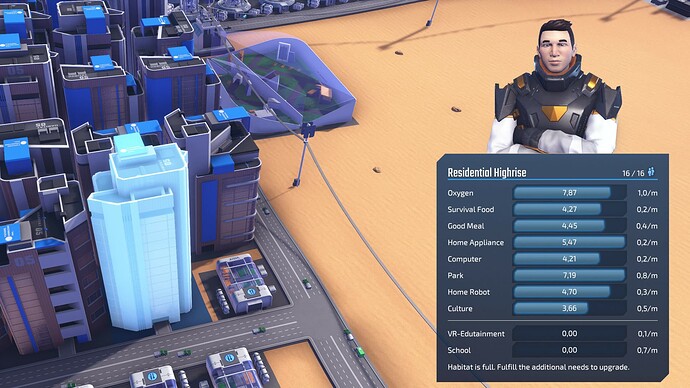 Small change, big impact! Science is no longer blocked by your city level. We are curious to see how this changes the way players approach the game.

Small extra since some players have made huge cities with 50k people and more: A small loading bar to let you know how about the progress.

That’s it for the InfraSpace traffic lights update!
As always, let us know if you run into any issues, we are keeping an eye open on the forums.

Thanks a bunch for the continued support and happy playing!
Daniel

I did not expect that train rail would get higher speed, but i am super happy with it.
It doesn’t mean the trains can be launched of the rail right?

I actually really like the grid update. One cool addition would be the ability to snap the grid to a straight road. I think this would be a useful change because not all areas are laid out in a way that makes the normal grid, or the 45 degree grid useful.