I understand that trains were put in to help control traffic later in the game, however, I have found that the sudden load of traffic off the train can cause issues.

Also, I can control the traffic lights and the turns but I can’t limit what traffic I want to go down that road or set a priority on the traffic. The cars also do not use all the lanes effiecently so I end up with a 3 lane one way turning into another but the cars only use one lane.

Also, on a side note, it would be nice to be able to tell what supplies go where from train station to station. I have had things sitting in a station far from the destination that never gets picked up. This cause production issues because the system shows that there are X number on an item pending delivery and does not produce more until those are consumed. This means that I can get computers, household goods, etc stuck in a station with housing being downgraded due to lack of supply.

Also, the AI for traffic is not fleshed out completely I realise but I have situations where my global storage is overloaded with traffic trying to turn when there are three of them available. They all seem to go to the same one rather than spread out. The cars also love to turn right or left from the farthest lane stopping all other traffic for a cycle. The pathing for the cars needs to be more fluid and capable of using the correct lanes.

You have to click on each road crossing section and manually tune the lines which the cars can use.
The Cars will always follow the displayed lanes. There is no AI for traffic at all. 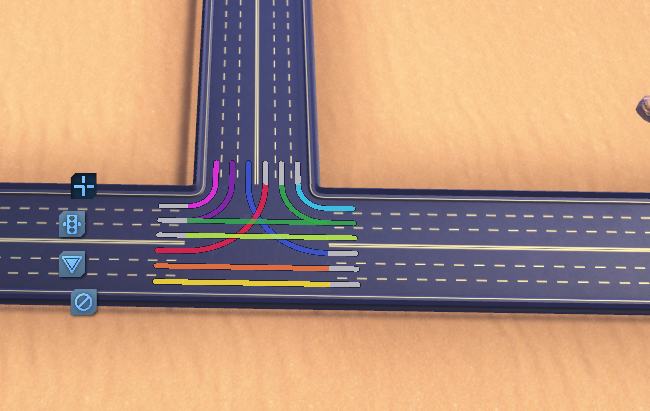 For your example with two one-way roads merging into one.
The default lanes are stupid and have to be tuned manually to actually work. 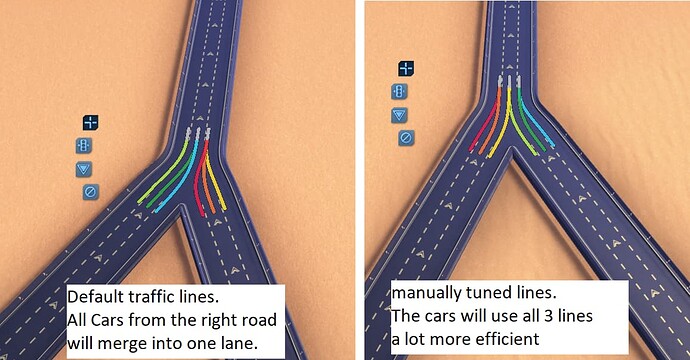 There is no AI for traffic at all.

that’s what it’s all about