So today while I was playing I decided to replace an intersection I made that was really inefficient into a simple three-way interchange only to find that it wasn’t actually that easy to make and that if I ever wanted to do another one, I would have to start from scratch. 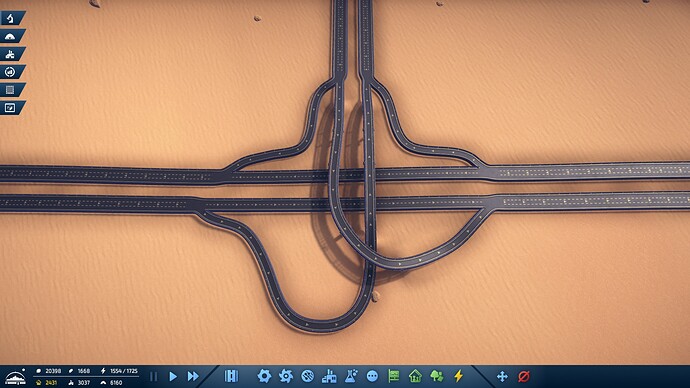 My suggestion is simply to do something similar to what Cities: Skylines has, which is interchange templates you can rotate and place instead of having to manually do every highway intersection you need.

Player-made interchanges would also be helpful if, say, you wanted to recreate a specific design you came up with without having to do it piece by piece. This is an example of a concrete factory template design I made that keeps input and output separated for each individual factory, overall a very efficient design. 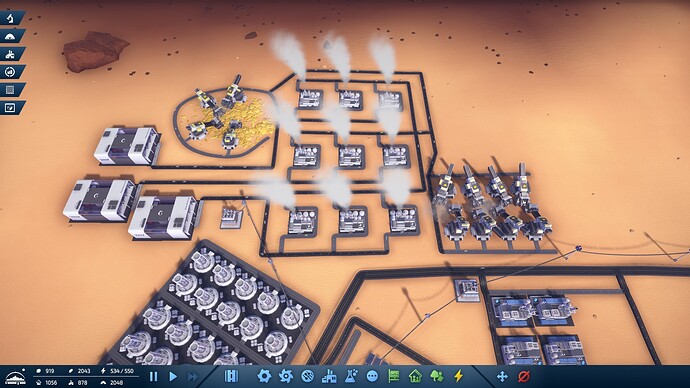 I feel you, making interchanges is a bit of a pain, once you’re happy with one eventually you’re already bored in the mere idea for having to recreate the same process over and over again.
So basically my highways interchanges are a bunch of spaghettis because I don’t feel like recreating every single one with the tools we got ingame.
That’s a bummer.

We need this desperately!