All rails are Lightning rail. 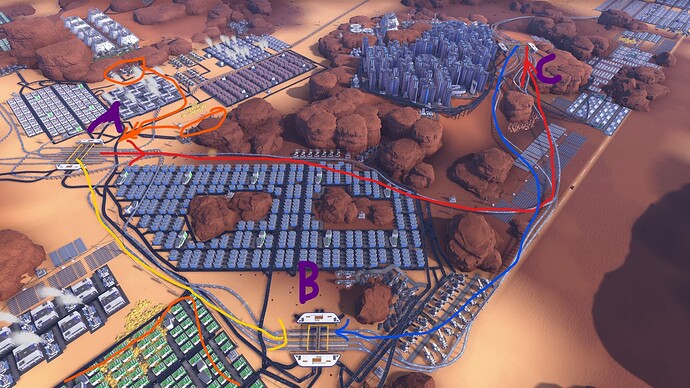 Also, it possible to push the rail out of the normal play area when building along the edge and then selecting the ‘rounded corner’ tooltip as seen on the right side of the map border here

I’d kill for any insight I can get on trains. I’ve all but given them up.