You can set up districts pretty easily to direct certain steel mills to only go to the storage facility, and others to go to your motor factories. It’s super easy UI to set up the districts, the only downside is that the minimal size circle is kind of big. Trust me when i tell you that the districts will make your headaches go away (mostly - traffic will still be a nightmare)

I did just this here: 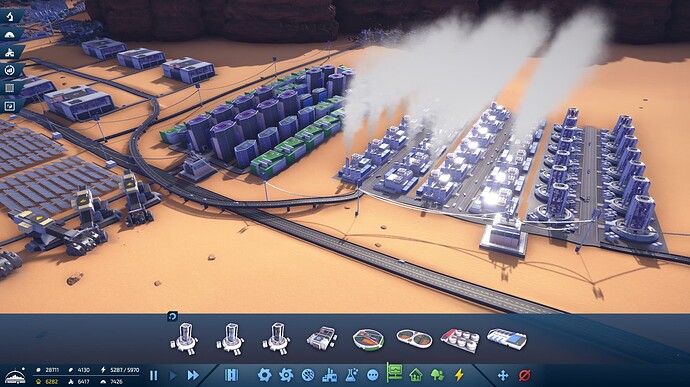 I tried similar things, but you’ll find that the logic doesn’t seem to account for traffic jams in its route decision making, so having more than 2 construction warehouses close together means the middle ones aren’t used.

I have been using small cells of steel production with a straight road with iron miners at one end and the construction warehouse on the other. Then in the middle I will put 3 steel factories and either 3 carbon processors or 6 atmospheric processors. Its important that they all sit on the right side, when traveling from the iron to the construction warehouse, to eliminate turns across the road, which are slower than turns to the near side. The side for the warehouse is ideally on the right (it matters far less), but the iron miners don’t really matter, at all. Then add a solar generator or windmills and a few poles to power it.

I do the same with sulpher and concrete, with sand instead of the carbon processors. It just takes more sand to balance out.

PS: Putting high volume of any production resource in one location means traffic. Spread it out as much as you can tolerate. If you have a ton of steel being manufactured in one place and then place a building that requires steel, they will all send out trucks at once and clog the roads from the factories, since they’re all coming out together and following the same route. Overproduction of steel is a killer, if you do this. Better to produce EXACTLY enough of it (and most other resources) to eliminate potential sources of trucks.

You will find that the most limited resource on the map is road space. 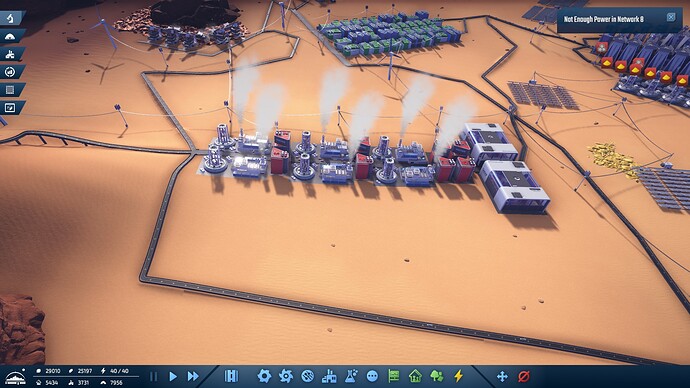 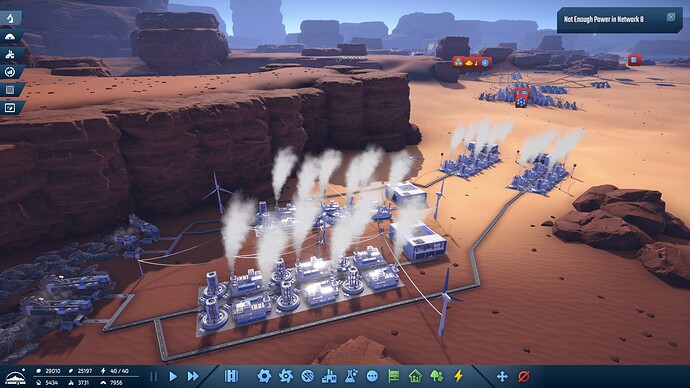 The best solution to avoid steel shortages in motor plants is to limit the capacity of the warehouse. For example, one warehouse building - 50,000 units, with a choice of what to put there - steel or concrete. When the warehouse is filled, the production of concrete and steel stops, but if some factories need steel, it moves to where it is needed.
(sorry for the mistakes - this is a Google translation

This is my steel district: 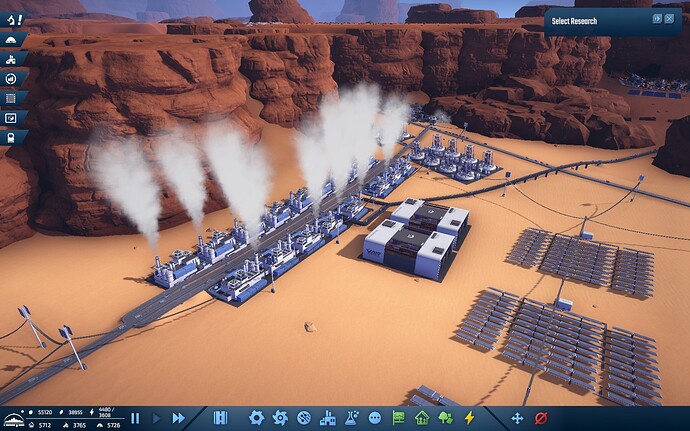 I built this as one of my first priorities and since it was in operation from the beginning, I had the opposite problem. It is situated at long distances from my motor factories, but there is zero supply problems, once I noticed that priority was being given to the storehouses located in the district.

It was obvious I could have rigged up something involving districting a small number of refineries just for storage, but by that time, I already had something close to 60k steel stocked up and it was easier to simply cut the connection and retire.

As long as transportation networks are adequate and you have enough supply, distance isn’t going to factor in as much as you think, at least for industrial consumers.