To recreate the bug… 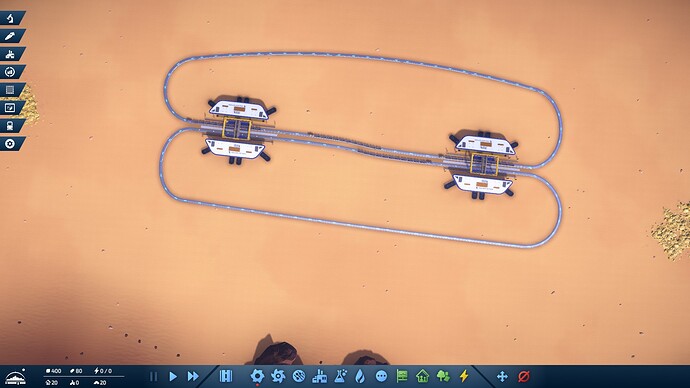 As a workaround I build a mini train station on each line and use that as the first station on the line so the trains will spawn on the correct rails. However ideally I’d like to be able to choose which rails the trains spawn on.