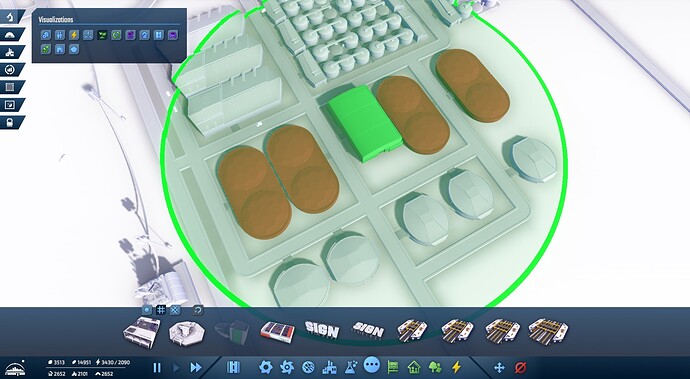 Is it a actual bug or a visual bug. So do you not get the efficiency bonus if you moved it?

Good question. I didn’t actually know, so I checked. It’s an actual gameplay affecting bug. I even timed it to make sure. It also affects the numbers on the production overview showing I’m now under producing, where before I was producing enough. 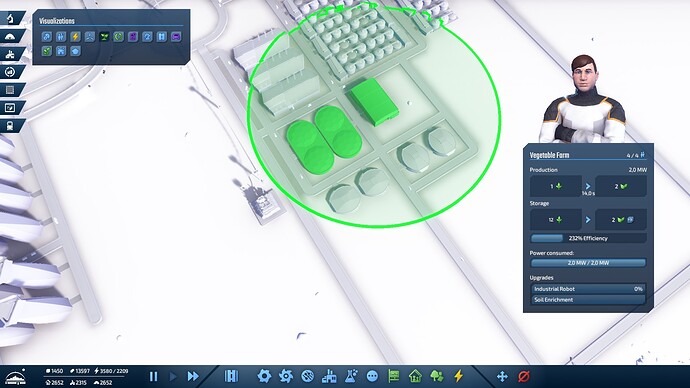 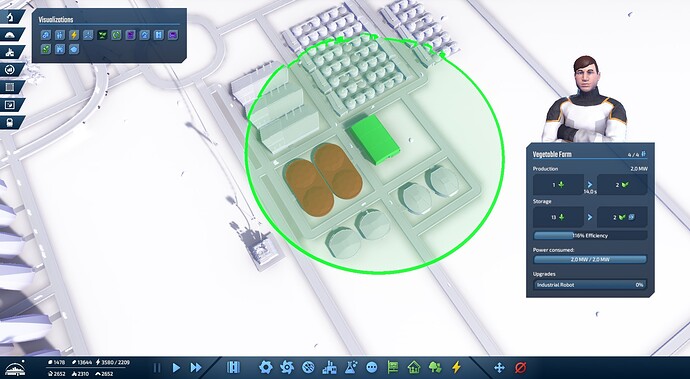 And for the record, I did move it, just to the exact same location.

I ran an experiment for this. I filled fertilizer factory storage and connected the fertilizer factories simultaneously to vegetable farms. I clicked the first trucks to come out out. The screenshots are all during the same pause. 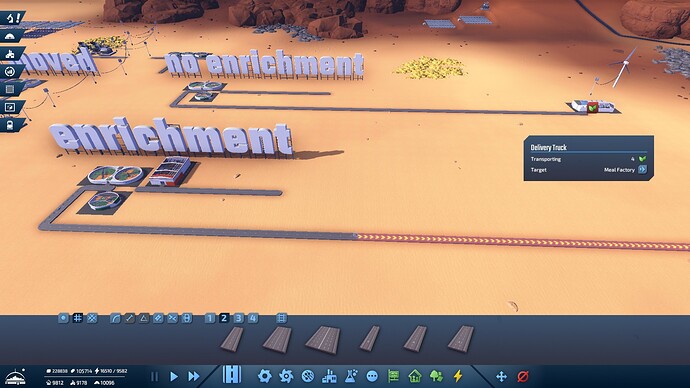 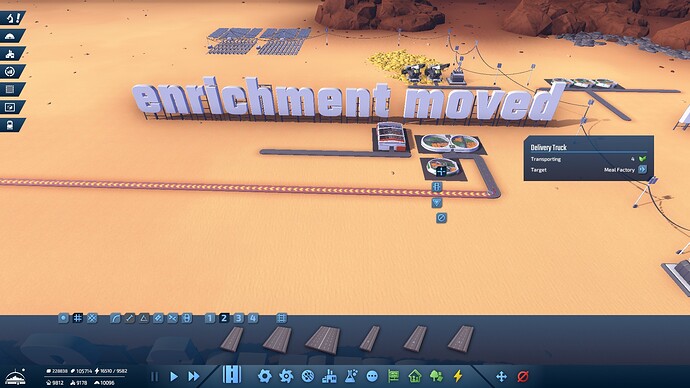 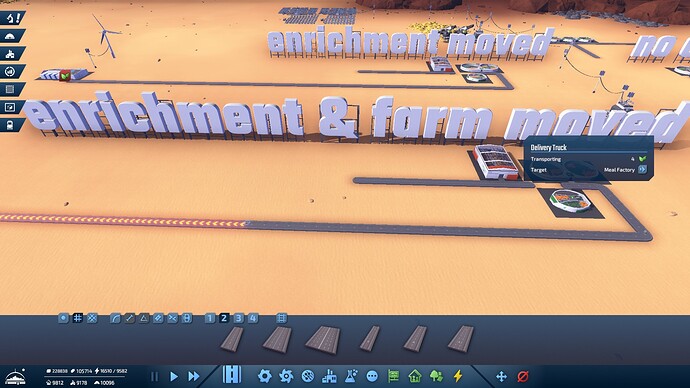 Wow, what a thorough investigation! Put it on the list.

The effect is lost when moving recycling centers, as well. 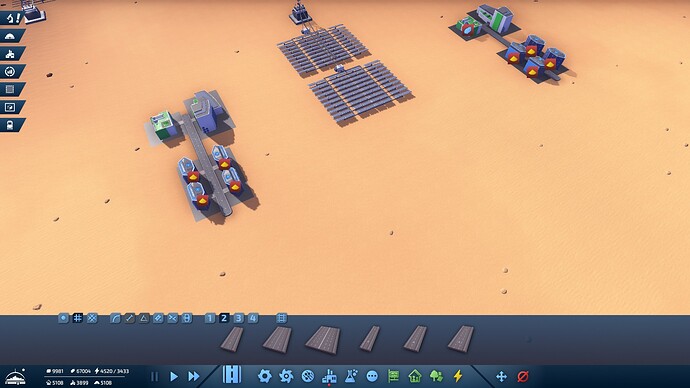 Do the effcts come back when you reload a save?