Issues with upgrading train rails (and other feedback)

The new tiers of rails are awesome, big thumbs up from me on that!

However, I had some significant issues with actually upgrading them from T2 → T3 rails (I skipped T1 rails).
It seems like sometimes it “duplicates” the rails, and there ends up being both a T2 and T3 rail, and that just confuses the heck out of the game. Here’s some screenshots though that show what happened. 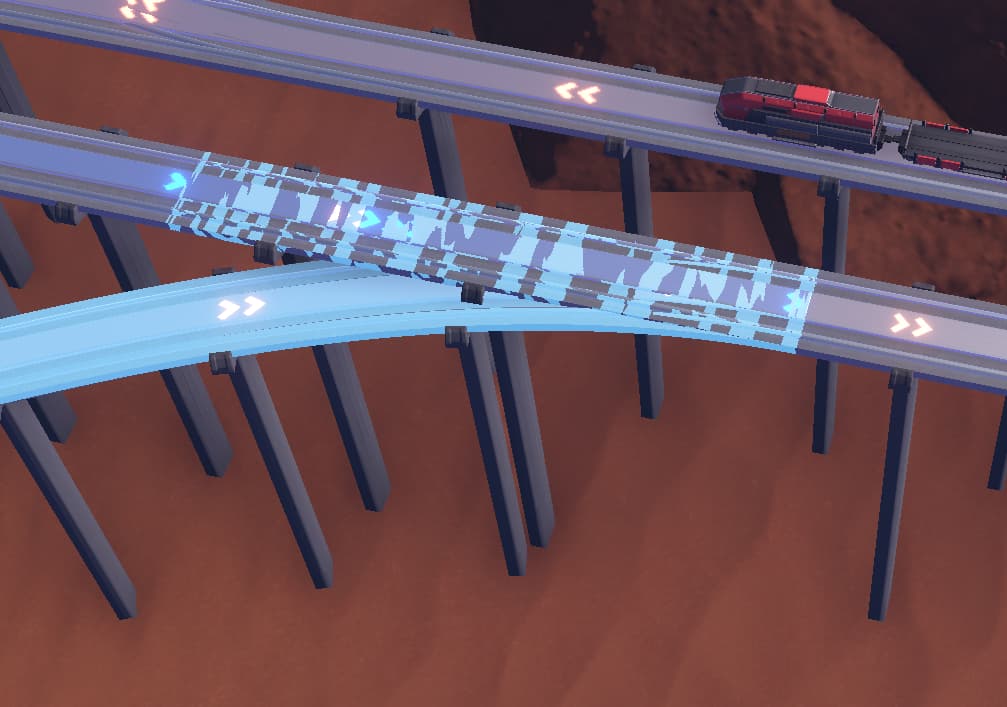 Here when I upgraded the corner piece, it caused the rail to get curved instead of being straight like it was before:

Also, the first time I attempted this upgrade, I somehow managed to delete the T1 rail that was in the station. I haven’t been able to repro this, but saw someone else reported it, so wanted to signal boost that.

Two other issues with that save if you’re up for it:

For some reason, some of the motor buildings here are not getting copper. The thing is there are multiple copper mines connected, as shown here, and they are actually FULL, at 30 output, but for some reason aren’t delivering. Normally this is caused because I messed up my districts, but this one has well and truly stumped me. What’s weird is eventually those buildings will get a couple of copper and will make a motor but then they run out, so I don’t think it’s a district/pathing issue. For some reason this mine just goes all anti-work and is like “nah bruh, I’m done, taking the rest of the year off”

Since I’m here, I thought I’d drop like “all” the other feedback I have lol. This is a lot so also wanted to say, big fan of the game, was a nice departure from the factorio-style with belts, and hope that early access goes well for y’all!

Also noticed the blurry effect on train lines, and some building keep the blue select gfx.

This also happens if you connect rail to road or opposite.

I noticed that too, it is more likely with intersections.
Also it happens more in areas where there is more traffic, so is it related to the speed of my computer maybe? 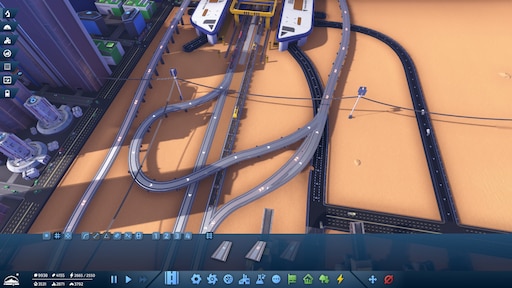 Thanks for the detailed report @infiniterecursion.

About copper: Maybe your mines are too far away. Check the incoming cars in your factories by hovering over the incoming storage.

If you have a car taking an suboptimal path, send us the save zoomed in on the car. Thanks.

I ended up deleting all the factories and rebuilding them and it worked fine, so the buildings must have had some stuck state where they just stopped requesting copper? idk, but it did get resolved

btw, many thanks for the per-district stats, that’ll be real cool
Now that you have the in-game grid, would it be possible to draw districts and have it snap-to-grid, like maybe a click in one corner and drag and click somewhere else to stop? I ask because most of my districts end up being fairly rectangular, so the circular tool is a little clunky sometimes.