Issues with too many CPU cores

The game has issues with managing the load on cpu cores.
On an empty map, all the cpu cores are loaded with 13% load. Here is a screen shot of the task manager. 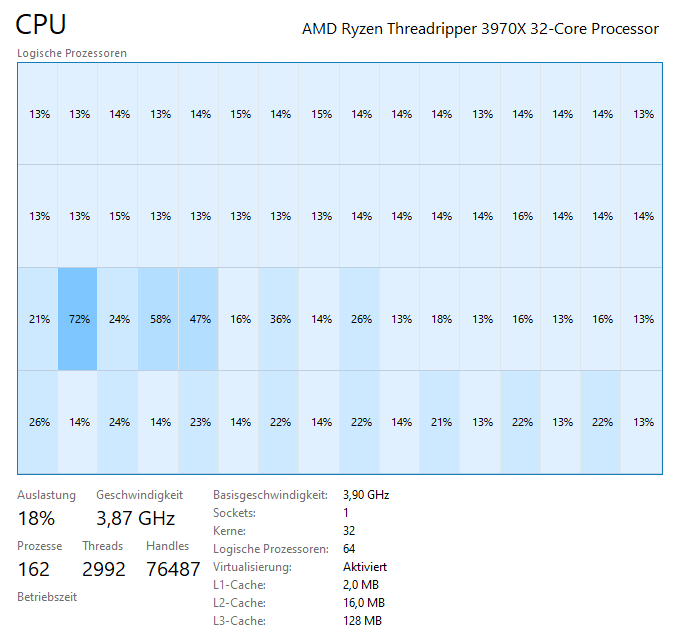 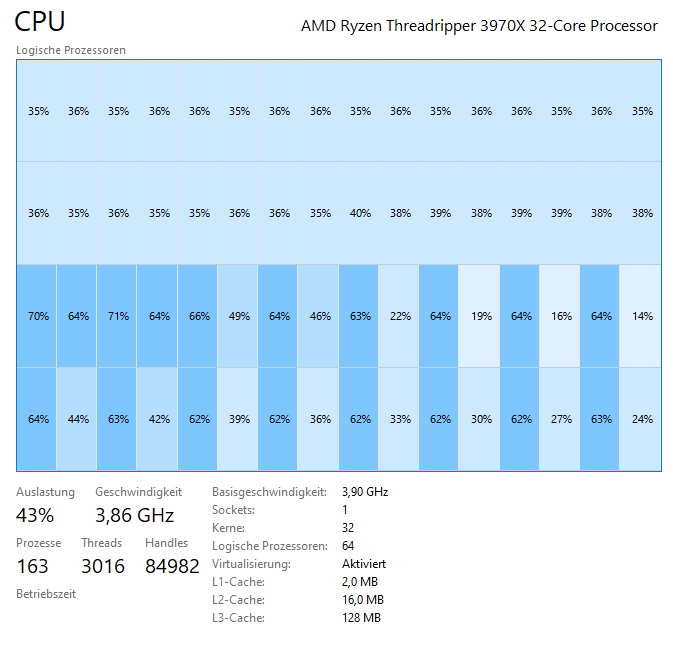 If i use the task manager and assign the game to 8 cores only, the performance is the same but the load on the cpu is much lower. 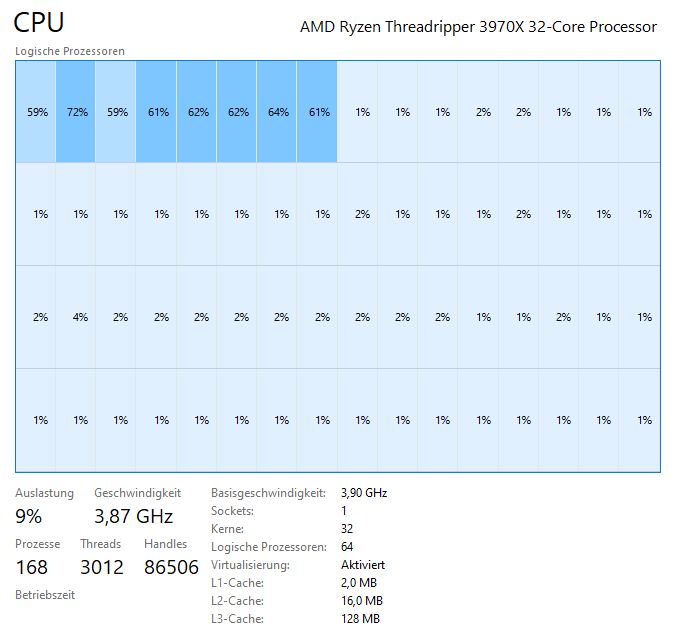 I am using the latest version of Windows 10.

I think one part of your problems stem from the nature of the AMD Threadripper CPU family, namely the “Non Uniform Memory Access” (NUMA). You should look into your BIOS settings to see if it exposes the NUMA regions of the CPU. That way Windows knows that it should try to keep the game running on the same NUMA region, instead of distributing it to all CPU cores. You accidently “solved” that problem by limiting the game to one NUMA region manually.