I just had the trigger for an incoming attack, when I clicked view attack it took me to northeast corner of island.

No Goblins in sight.

I have taken out small goblin camp and all of the large camp, but one hut so that 1 goblin is allowed to spawn. He spawned a couple times, but not anymore. (I guess it was supposed to spawn now, but triggered this bug instead)

In the large camp I also just noticed there is a totem head on the ground, I didn’t see that one before. Cannot interact with so cannot destroy.

Ok. Did you destroy the goblin’s food cauldron?
I’m wondering if the goblin died of starvation shortly after the attack was triggered. Maybe the camera tried to take you to “goblin-heaven” which exists outside the bounds of the map

I don’t see a totem head on the ground anywhere, could you show me a screenshot?

Further investigating, the totem head was actually the goblin. Stuck in ground.

Food cauldron was destroyed when i took out camp. 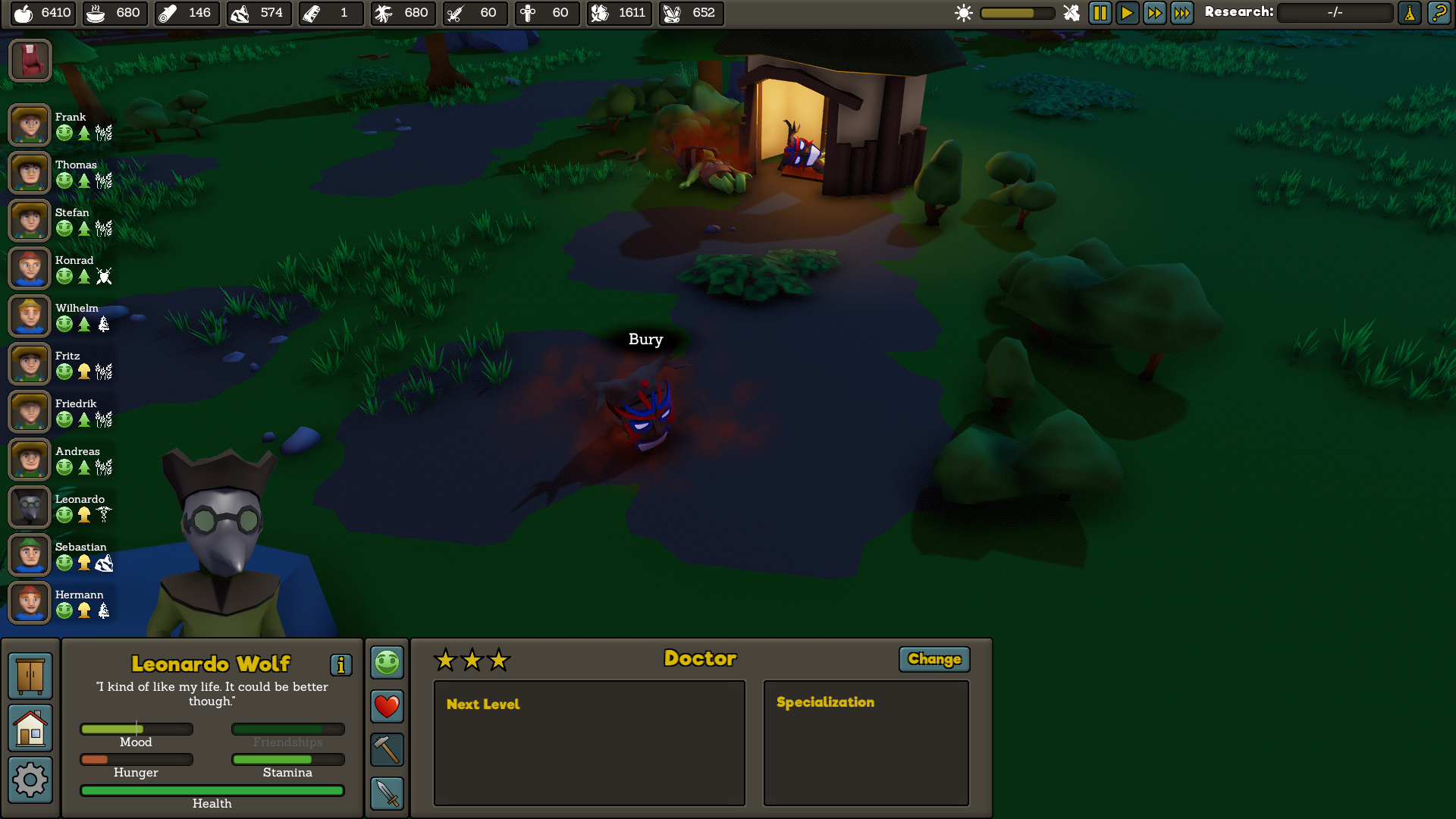 The dead goblin by hut is a remnant from when i took out the camp, one of the corpses that didn’t appear until later.
Or perhaps this one is a new instance of the situation you describe, starvation. However I think not, it’s been there a long time and it’s only that one. Other lone goblins have assaulted normally up until this bug. Looks like next one will be normal also.

The position of the dead goblin stuck in ground seem to be at the spot of one of the large huts. 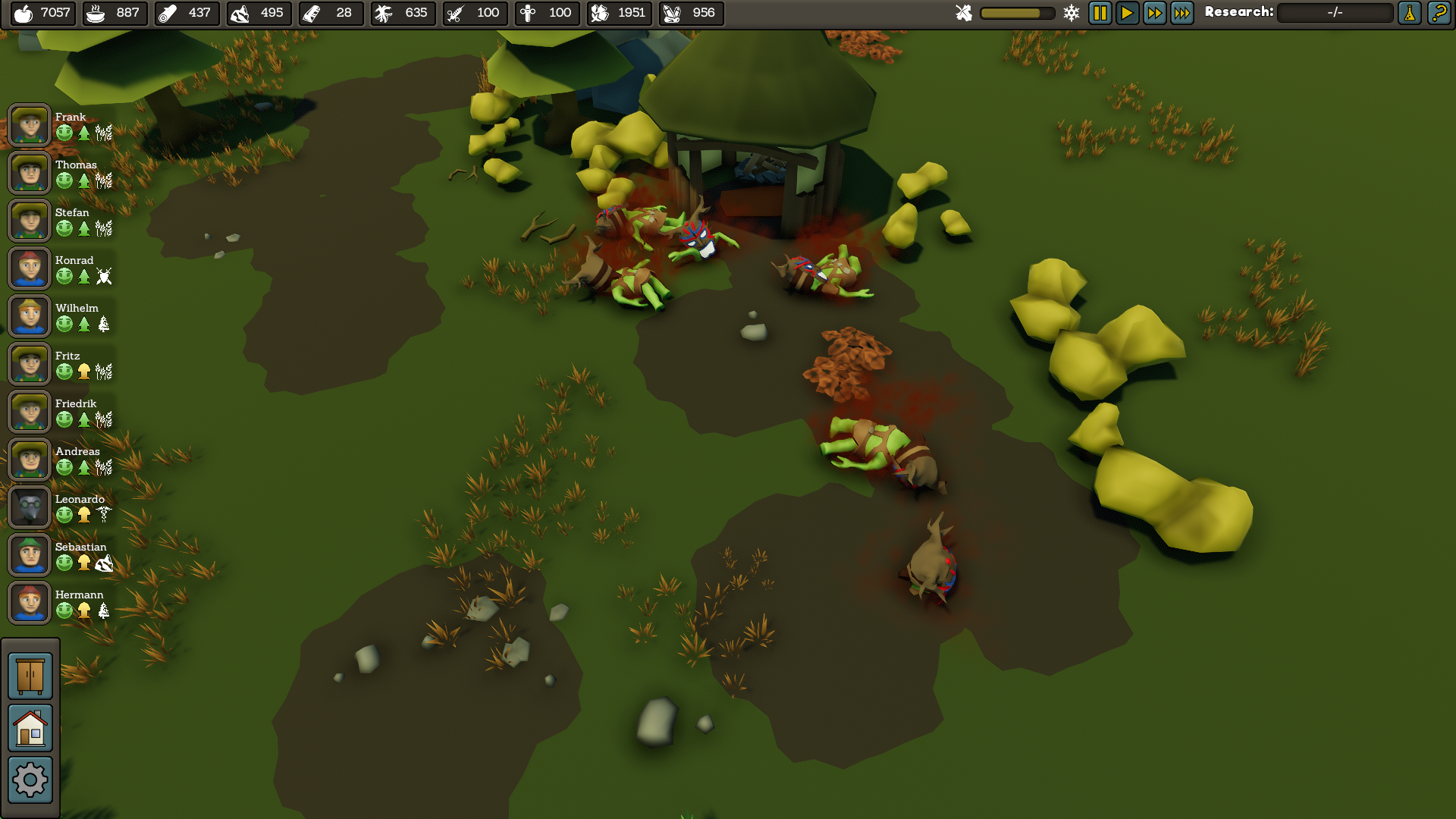 Hm, I wonder what’s the best option here.
Ragdolls have the advantage that they often look fun, behave unpredictably, but also natural most of the time. However, the unpredictability is also their biggest disadvantage. It’s really difficult to make them not do anything strange (like getting stuck someplace).

In the beginning of development, I thought “oh, it’s an indie game, ragdolls are funny and people are going to excuse some strange stuff”. Not sure that’s still true as people often get confused when ragdolls are misbehaving.