when we designed the new map, we ran into an issue that has been there since the beginning of InfraSpace:

There is a sizable portion of the playerbase that just want flat, empty maps in order to be unrestricted to build their own utopia city - but if the InfraSpace environment was just an empty field, it would look boring to everyone else, especially in the beginning of the game.

Now we wanted to make the terrain more interesting and add different biomes and make it look good, but were afraid to add too much that blocked the player’s vision. The solution: a huge laser from space.

Hear me out: Antares is your space ship and it’s hanging out in orbit. You can repair its components and get some small goodies as rewards. We want to introduce a large component called the laser cannon that can be targeted towards the planet. 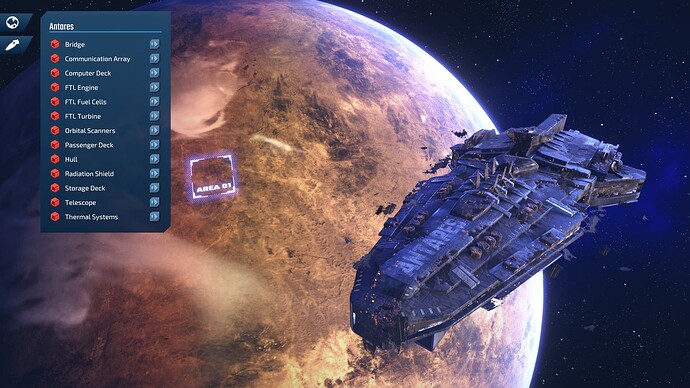 The laser will be able to slowly cut through the rocks blocking your way. It’s quite powerful and dangerous, so you will need to build a targeting station to make sure it doesn’t hit your city by mistake.

We can already show you the concept and the preliminary 3d model, but coloring and texturing is not completely done yet: 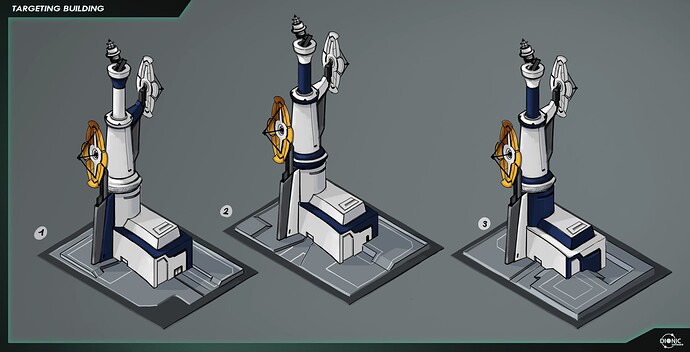 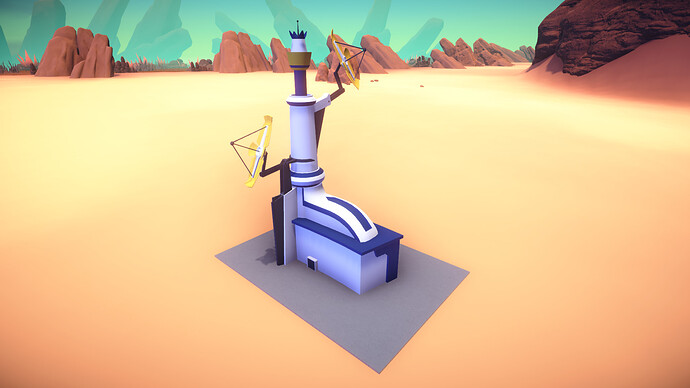 The river is the hardest biome to generate because it has such an organic shape that needs to look fully connected and consistent throughout the map. What I mean by that: Volcanoes can also have a complicated shape, but artists can just make a couple of volcanoes and we can randomly select one and place it on the map. But since the river shape is fully procedurally generated, we needed to spend some time we can place art assets properly without clipping or looking weird.

I can show you a programmer screenshot of the cliff edges along the river wall: It’s missing a lot of plants and artist work, but once the walls are placed properly, the rest is not that hard to add. 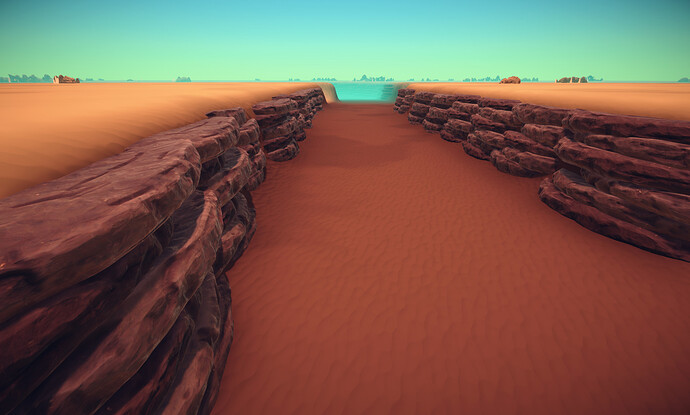