Today we don’t show any new graphics or art concepts, instead we go on a little deep dive on game performance on big maps.

Bigger maps are one of the most common community requests and since we’re doing the terraforming update anyways, it’s a good point in time to check if they are possible.
There are actually 2 different types of problems to solve:

The other problem is pathfinding performance. This is a lot more difficult since the the time to find a path for a car to take does not grow linearly with performance - it grows a lot faster.

We did our experiments on a city with 100k citizens. This is waaaay more than needed to reach the current endgame, but it’s close to the max of what players can fit onto a current InfraSpace map. I have only seen 2 players reach that kind of city size so far. 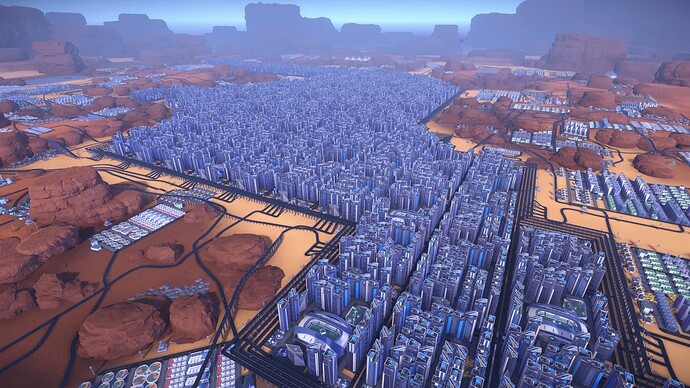 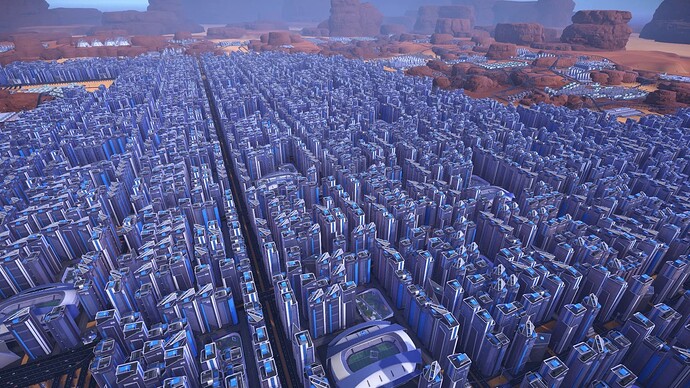 Before we look into general game performance, we need to check if we can deal with the pathfinding problem appropriately - otherwise bigger maps won’t be possible, period.

In order to simulate bigger cities, we use a simple random road network generator. It’s not a perfect recreation of player city networks, but it’s a good enough approximation. We can generate road networks of different sizes easily for performance testing: 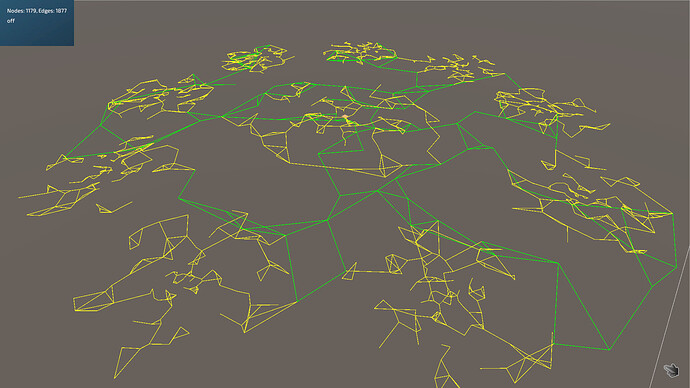 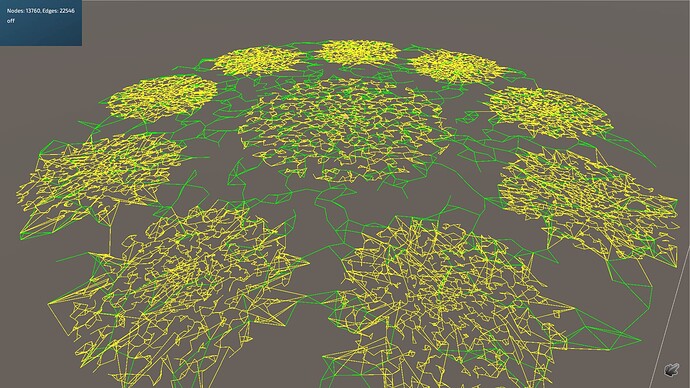 The green lines are highways.

With a 100k city, the preprocessing step only takes 11 seconds, that means it takes 11 seconds for cars to take your new road after you placed it - that’s good enough for such a huge city.

With a 400k city, the network becomes much more complex to preprocess, taking 225 seconds or almost 4 minutes. That’s too long.

While other team members were working on the terrain generation, I focused on some deep optimizing and found a 2-part solution: First we cut down the size of the graph by replacing some stretches of road with simple shortcuts. Then we run a much more optimized version of the contraction hierarchy preprocessing time.

The results for the 100k city look like this: 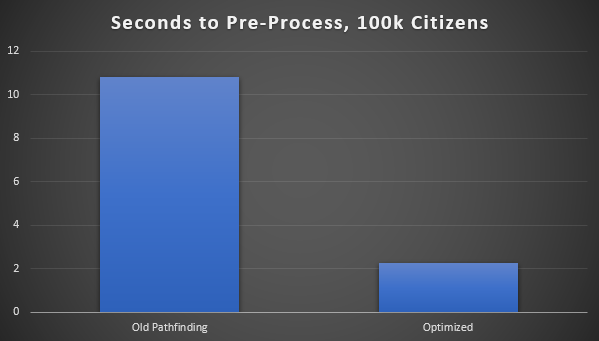 The 400k city takes a lot longer, but is still in an ok range because this is only for players that push InfraSpace to it’s max even when we quadruple the size: 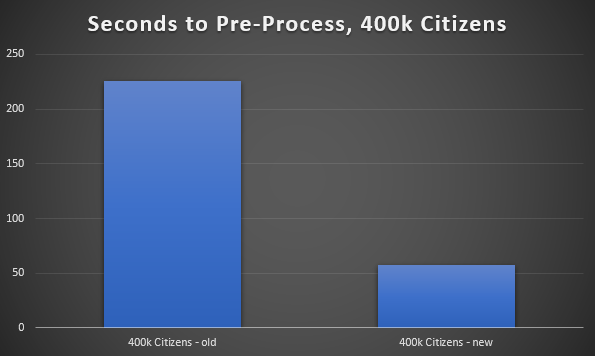 So it seems like we may be able to increase the map size when it comes to pathfinding. There are a lot of other optimizations that need to be done and I’m not sure we’ll actually change the size for the terraforming update, but it’s good news nonetheless.

I hope you enjoyed the technical deep dive post for a change, and as always, happy playing!

Wow, amazing news! Great work!
What I experienced later in a playthrough is a second or two freezes when adding a new piece of road, I recon to recalculate paths. Will this also negate this issue? If not, maybe a debounce function could be added, so after laying a piece of road it would wait few seconds for another piece of road and recalculate only when player stops adding road?

Hey I recognise that city =D So cool that you used it for your experiments. Love the technical side of things and can’t wait to try the optimisations myself =]

Love having saves like these available, thanks for playing so much!