today we’re introducing the largest building you need to construct in order to terraform your environment after the terraforming update: The Magnetic Field Generator.

On earth, our magnetic field protects us from solar radiation, but on this planet, there is no natural magnetic field across the whole planet, just small localized fields. In order to make the environment more suitable for life as well as safer for humans, you will be able to construct a large building that consumes tons of electricity and converts it into a large field to keep your city safe.

We only have some art concepts for now, but since you enjoyed voting on the drone, I thought it’d be a good idea to show it to you early and let your feedback influence the design process. Let us know what you think! 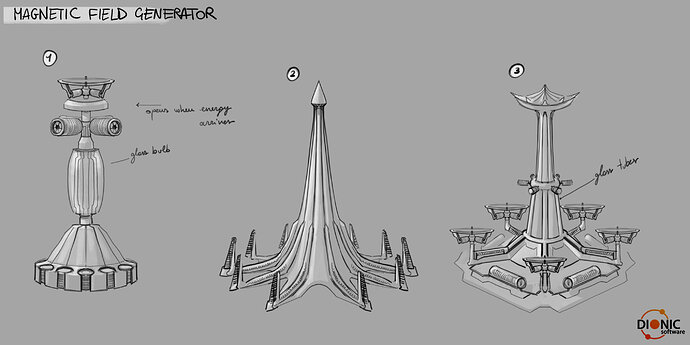 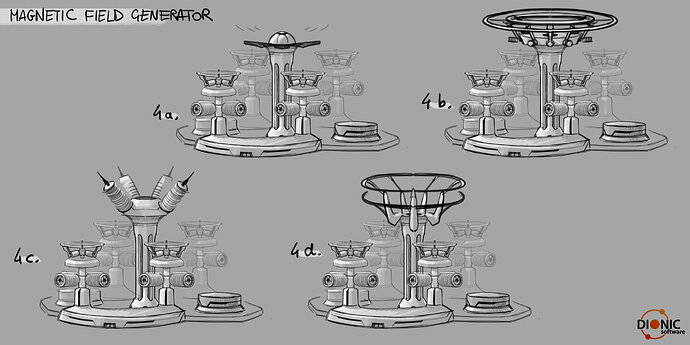 On another note, the drones you saw in the last posts have made their way into the game - behold your new autonomous fertilizer distribution system! 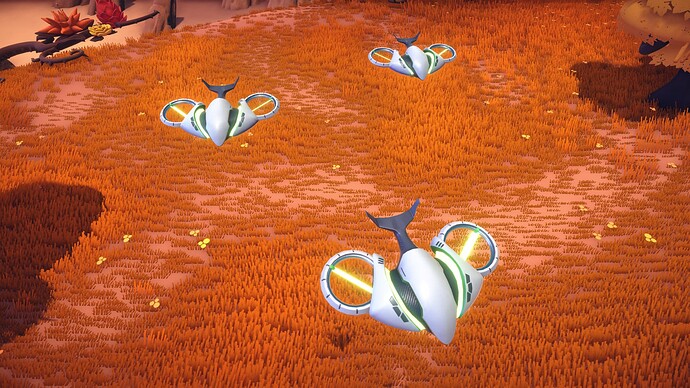 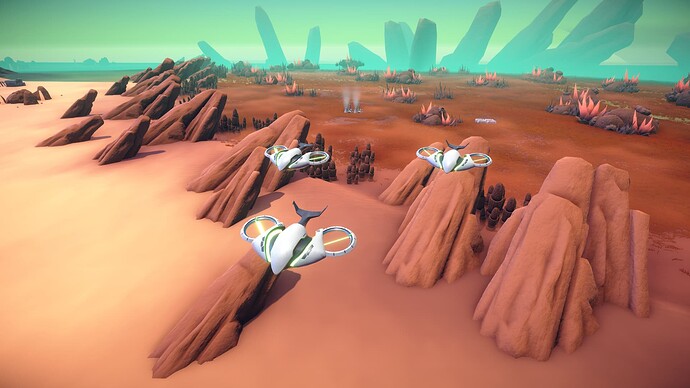 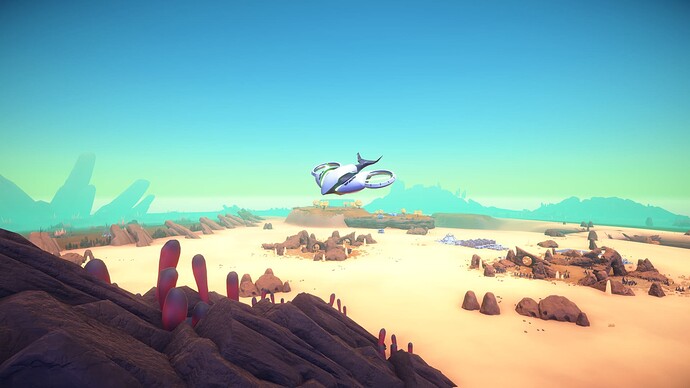 Disclaimer: the movement is not programmed yet, but I thought I’d share the art screenshots anyways

I really like concept 3 and 4b of the magnetic field generator. When I think of magnets I visualize something like a Tesla Coil. Hope to see something similar in the game soon.

I am really enjoying playing InfraSpace. My rating is already 4 stars and after this the game would probably be 5 stars!

I personally think that 4c looks good because it looks like its harnessing electricity to generate a magnetic field.

My favourites are 2 and 4b.
Also, suggestion: such a big magnetic field can only be achieved with a big solenoid made of superconductors. Hence, it needs a lot of electricity, but also a lot of cooling! (Perhaps CO2 cooling?)
Second suggestion: the interaction of the solar wind with the Earth’s magnetic field creates aurora borealis and australis. Similarly, an artificial magnetic field should create auroras above its poles. That could make some very pretty skies above players’ cities!