Hello everyone and welcome to another round of progress news on the terraforming update!

First of all, I’d like to show you some progress on the buildings that have already been introduced in a previous post and are now getting integrated into the game. 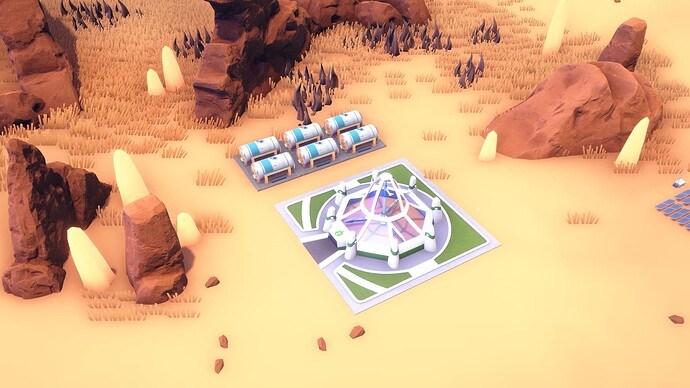 The ground acidity regulator is a large building that slowly extracts acid from the soil by digging down deep to the subterranean water. 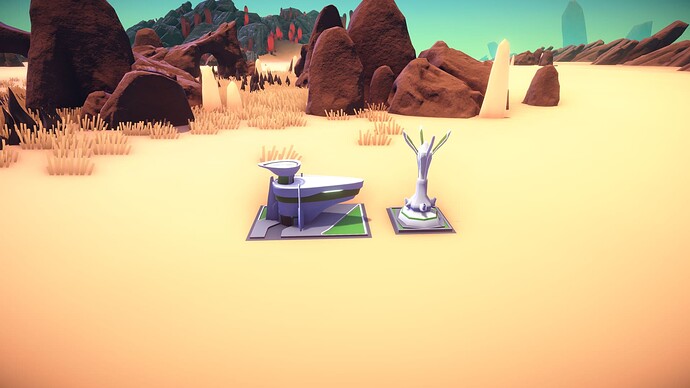 Speaking of drones, thanks for all the feedback to our last post! There have been a lot of different opinions so we decided to combine a bunch of well liked ideas from the previous concepts:

As far as the buildings go, I’d like to introduce you to one more terraforming building: The air purifier extracts ammonia from the atmosphere and releases nitrogen in an effort to make the air on this planet breathable.

The air purifier reaches up high into the atmosphere and covers a big radius. 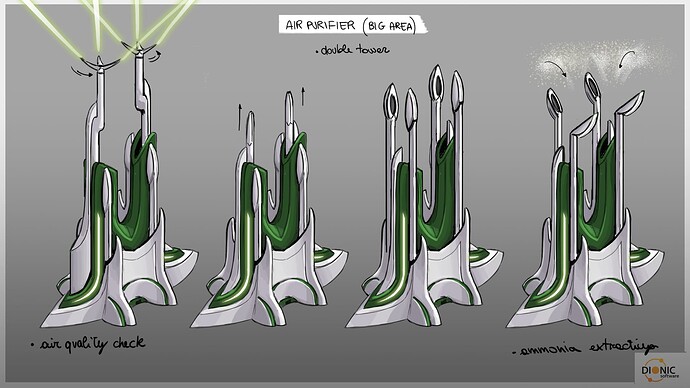 Also, a small update on the world generation: Our programmer is back on his feet and has been working on the river & highlands shapes, let me show you a visualization: 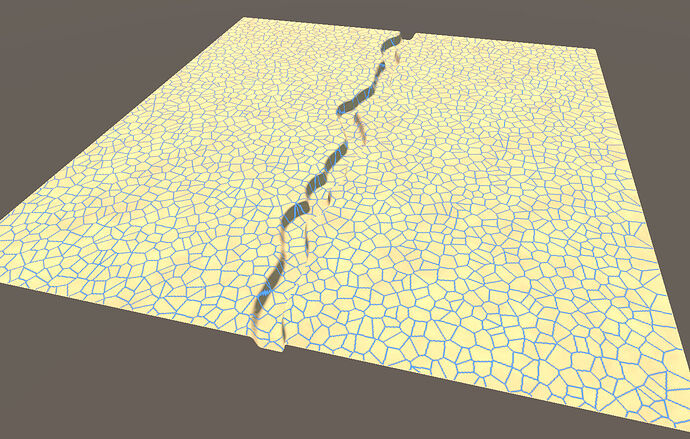 So, obviously this is just a programming concept with all the art missing, so let me explain what you’re seeing: The dried river shape is already pretty nice and cutting into the terrain properly and we can dynamically add more or less curvature to it. The blue outlines show a pattern of voronoi cells which is going to be used to generate interesting looking highland shapes. Basically we select a couple of nearby cells to form a plateau and the resulting shape is more natural looking than other methods.

Finally, I wanted to provide a first guess at when this update is going to be released. The terraforming update is a big one and in my head I’m thinking it could be another month or so of work. But multiple team members have planned vacation in August and it’s good to have some buffer time, so to be on the safe side, let’s expect September. I hope you can stomach the wait and keep letting us know your opinions in the comments!