Hey everyone, it’s time for another update:

Unfortuantley I wasn’t able to send out Alpha 2.0 last week just yet, so I finished some things up and sent it on Tuesday instead. However, small Youtubers usually don’t work on it full time so it takes time until we see some coverage

I spent the rest of the week mostly working on the optimization of traffic processing and some rendering stuff. There is a bunch of gameplay work still to be done, so I have to be careful to not overoptimize too early though

As always, Andreas has a bunch of new stuff to look at for you, so let me present a couple of new buildings! Textures are going to come next week! 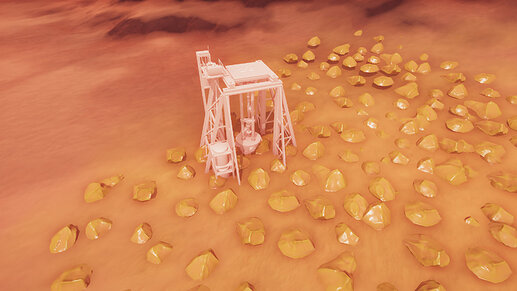 Some resources are located in the ground and it seems strange to use our old paddle-wheel mine on them, so we’re going to have a large drill to get sulfur and sand out of the ground. 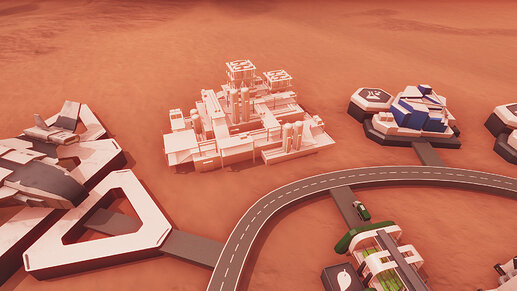 InfraSpace features a lot of factories and other production buildings so it’s important to have some variety. Here, people will refine raw materials and produce goods like motors for products further down the production chain. 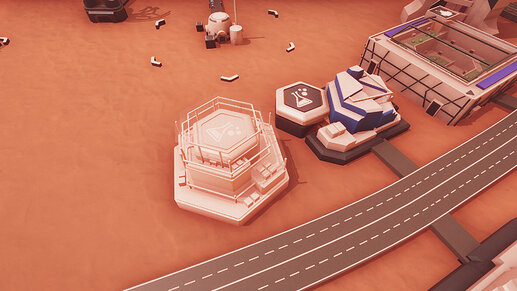 It’s kind of hard to imagine how it looks without textures, but this science lab is going to feature a transparent glass dome in the future! 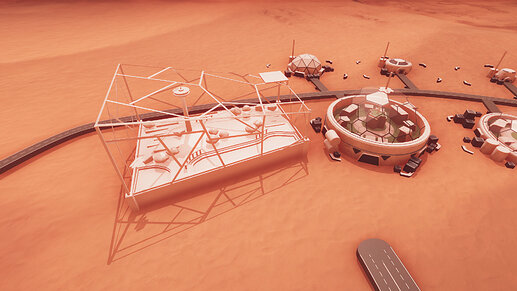 The park is a large building for inhabitants to get some space and nature on an otherwise pretty hostile planet.

And that’s it, see you next Friday!

Love the transparency in these Friday post! Everything done or not gets shown, it makes it alot more fun to be a player

Keep up the good work!

Like the detail in the new structures - adds more depth

The domes look good, while the variations in the geodesic designs is intriguing. Keen to see the finished product