This week, we worked on 3 main components:

A lot of this is general work to get the gameplay working, like getting resources into and out of the pipes, but there is one thing I can show you with a screenshot: 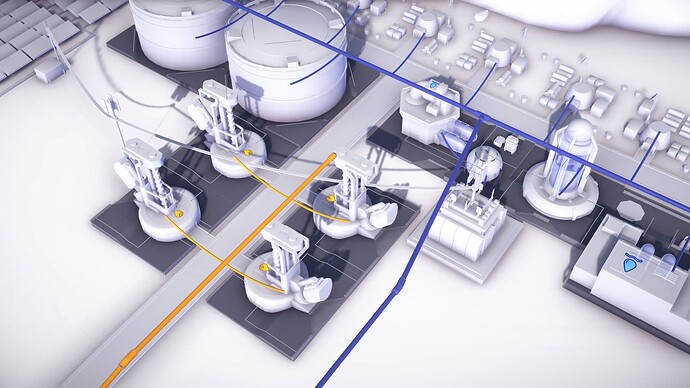 You can use different pipes for different resources. Pictures you can see the water supply for the habitats and some methane drills on another pipe system.

2. Art for the Next Update

One of the new buildings is going to be the methane power plant, which Andreas is working on right now: 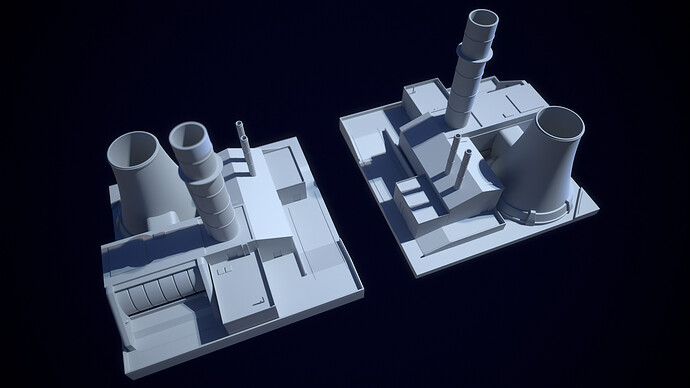 Also, as a small extra tidbit, check out our simple, but effective water animation

Now that we are more people on the team, we can do a little parallel development. Lasse and Adriana have started experimenting with some stuff for the update AFTER the pipes update. That way we already now what to do exactly after the next release is done. I know you’re curious already, but we’ll start posting about these once the pipe update is out.

Finally, we’re working to finish the update in May - it’s going to be exciting.

Hey, this is all looking very nice. I hope to see it implemented soon.

I do have a question though: What about all the bug reports? There are several big issues being reported consistently, like train stations and train lines disconnecting and/or messing up trade routes, or the issue with disappearing trucks after changing/upgrading roads. Is there any progress on that? Occasionally we see one of you responding to a couple of bugs and some do get fixed, but most of the times there’s hardly any response, so there’s no way for us to know which bugs, if any, are being worked on. So maybe you can you give us an insight into how you handle bugs?

Hi @Tjitso and @Banglaboy: For now we’re only focusing on finishing the release, but we do see all the reports and put them on our list. I expect we’ll pay more attention to major bugs after the update release and minor bugs will be prioritized against new features and performance.

For example, trucks disappearing on roads doesn’t impact anyone’s city in a noticeable negative way, so that will stay on our list while other features are worked on first. The game freezing or any saves not loading is high priority instead.

Will we be able to deliver O2 to the habitats via pipe?

Fair enough I suppose. Thanks for replying. Looking forward to seeing this game improve, as I’m having a great time with it.