This week was very busy for us and I’m happy to report a bunch of news!

When I was watching the Youtube videos of our first playtesters, I noticed that a bunch of issues related to how buildings where connected to roads. It was confusing that you couldn’t connect a building with 2 roads and it wasn’t obvious when the road had “snapped into it” properly. Further, the way the buildings were placed created a lot of intersections, which was more difficult for the traffic system.

Now, we’re trying a different system: You place the building next to the road and it connects to it manually! 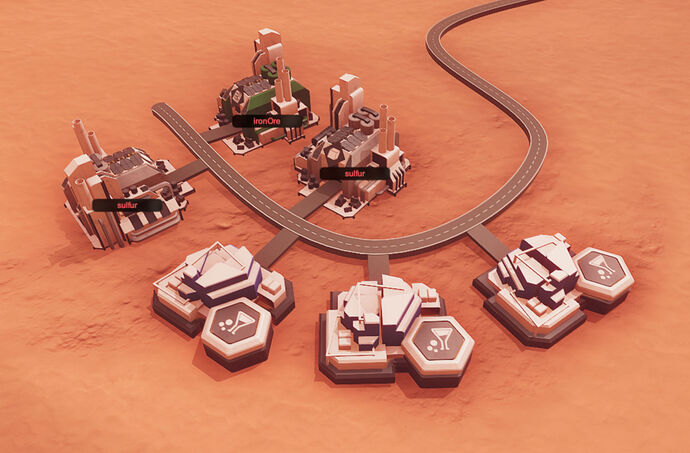 An added bonus: The buildings automatically rotate towards the roads

Only people who’ve seen multiple episodes of Gateway Gaming’s series have seen the progression system for citizens: At some point, astronauts will no longer move in and you need to collect enough resources to attract scientists instead.

This approach had a bunch of issues and made balancing difficult, so we replaced it.

Now you have to upgrade your city to unlock the next batch of research.
You can achieve this upgrade, by fulfilling the extra needs of your inhabitants: 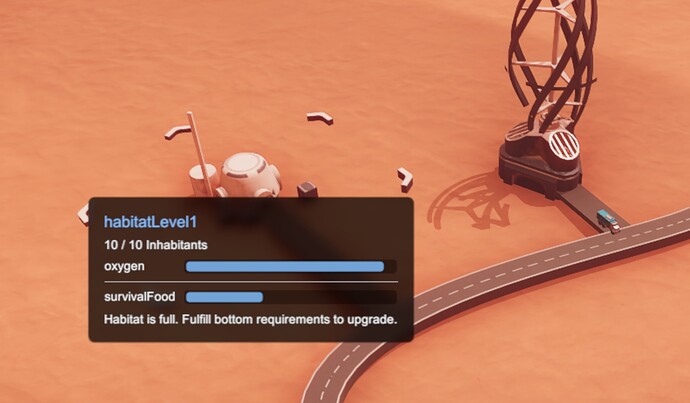 There have been some significant graphics updates as well. Check out our new high-tech factories!

Each building now has a specific icon to make it easier to know what it produces.

Since we added new habitat levels, it made sense to create custom models for them, too. They will upgrade automatically if their requirements are fulfilled: 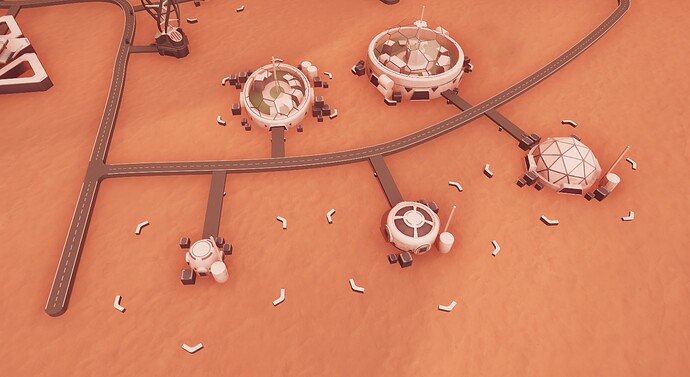 We made a lot of progress this week and it’s time to give it to real players and see how these changes impact the game. We’re planning to send out Alpha 2.0 to some Youtubers tomorrow, so hopefully you’ll see it in action soon! It won’t be the same youtubers as last time, because we’re looking for some more “first impressions” for now.

Amazing progress! Keep up the great work, i am very excited to play