today, you get two pieces of news, a small one and a big one!

… is that our female colonists are finished, check them out!

Just as their male counterparts, for new they just live in your buildings. 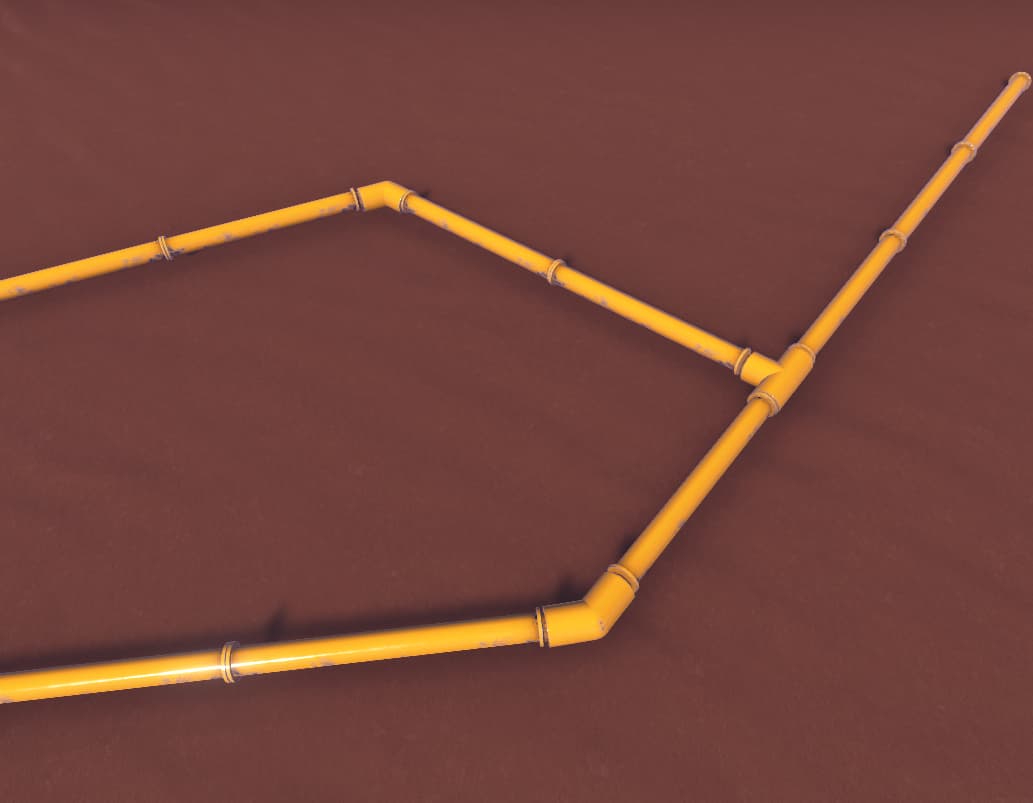 You might have guessed it from the vote counter in our ingame roadmap, but the our next major update is going to feature pipe systems!

In contrast to the featured dev screenshot, they are going to be constructed underground. Also, for certain resources, they will be able to replace truck transport. We will release more details about the mechanics and the (new) resources affected by this as we develop the system throughout the coming weeks.

We’d love to hear your thoughts on the upcoming pipe system and, as always,
Happy Playing.

I like the idea of having another mode of transport to trade off against the others.
Thanks forthe update, looks cool!

Finally, pipelines! Been thinking about them this week, but only oxygen comes to mine. Carbon, maybe, if it’s transported in the form of graphite dust suspended in air.

Survival Food is another possibility. Didn’t astronauts used to consume food that was more a slurry?

We could be required to make water, or lubricant, or something.
I imagine we could also transport ore as a slurry which you’d need water for, but would avoid traffic.
Maybe it could be a Futurama-style cross town express

Maybe underground utilitys, gotta hate stringing those wires all over your city taking up good space.

Next step, underground roads and railways?