2021 is coming to an end and with that, InfraSpace has finally finished its first year of full time development with our small team of 3. It has been a time of a lot of hard work and also a lot of progress. I thought the new year and InfraSpace’s one year dev anniversary would be a good time to look back at everything that happened.

So, I went through all the work and picked out roughly one big feature per month. There is a lot I couldn’t include, but these are the most interesting ones.

Sit back and enjoy 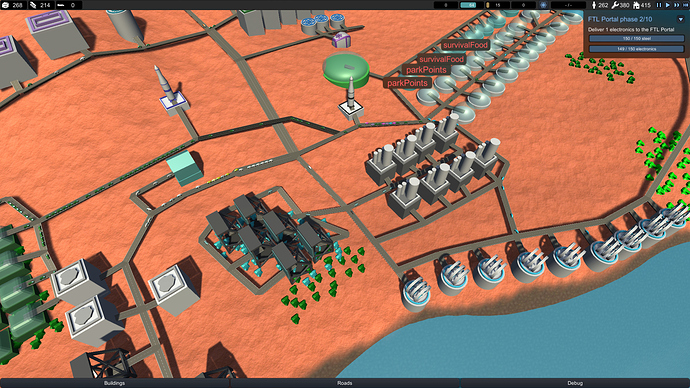 Before we switched to full time development, I did some initial tests to see if a game like this would even be possible for us to make and fun for players to play. In the screenshot you can see a bunch of programmer art and floating roads, but the basics of production chains, traffic mangement and city building were already somewhat there. 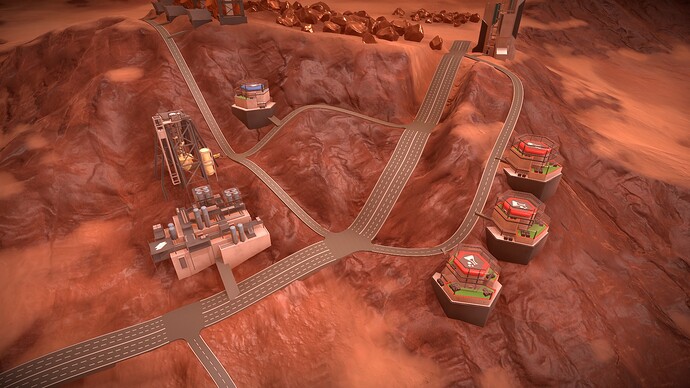 Once we started working with an actual artist, the look started to improve quickly. Sure, we would need a couple of iterations to refine it, but you can see a lot of the details already giving a first taste of what it could look like. 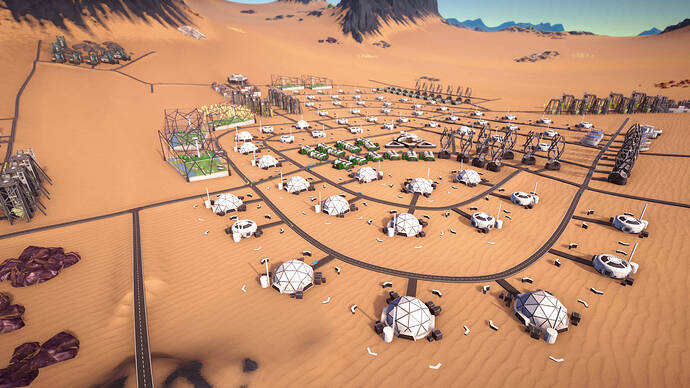 I am a firm believer in letting players check out your game as soon as possible. It’s one of the only ways to know if you’re actually working on something that has potential. If random strangers on the internet won’t play your game for free, how could you ever sell it? So, we released a rough dev versiosn and were greeted with excitement and positive comments as well as a ton of feedback, suggestions and bug reports. We would include a lot of those over the months to come. 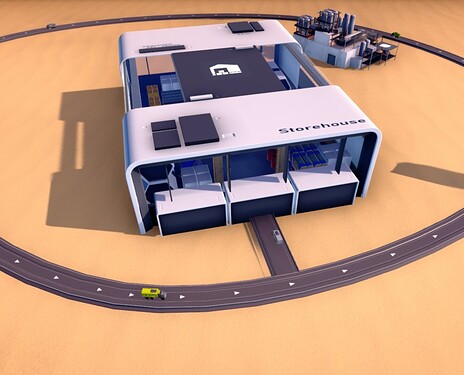 After the first Alpha release we first spent a lot of time fixing bugs and other issues. It also became clear that we needed more tools to control traffic and one way roads were one of them. Now, I’ve seen players build whole cities out of one way roads! 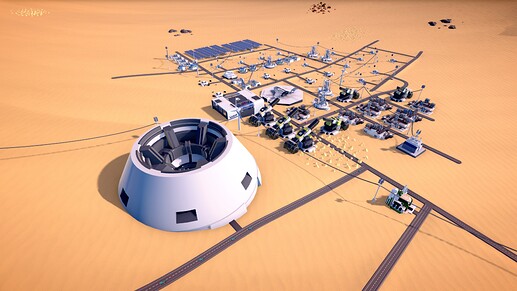 One of the major features to make the then-bland production a little more interesting. Back then, power plants required worker and a careful player to deal with death spirals when you ran out of power and workers at the same time! 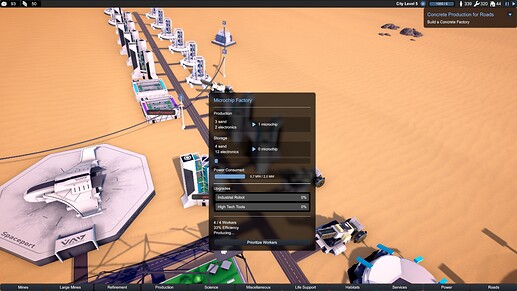 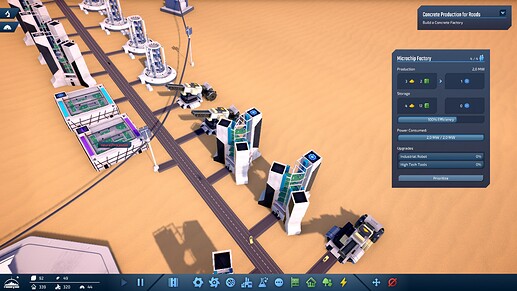 Many of you won’t know the old interface, but for the first 5 months it was pretty bad. No icons and a ton of grey buttons with tiny font. We were really happy with the results of our work (though I know players are asking for UI scaling or larger fonts, it’s on the list!) 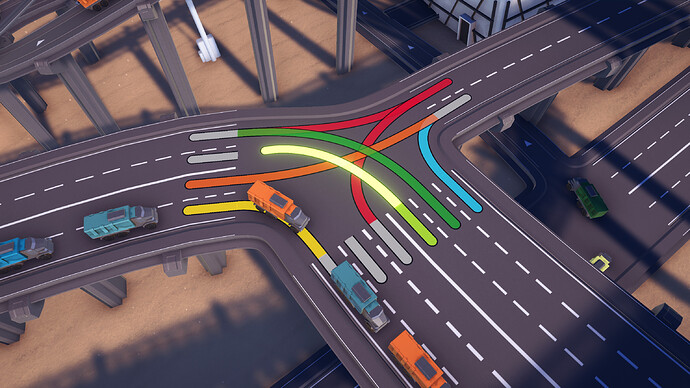 While not really necessary for beginners and small cities - we knew that planetary capitals and other megaprojects needed more advanced tools to deal with traffic. Configuring which lanes should go where may not seem like much, but can have an enormous impact. 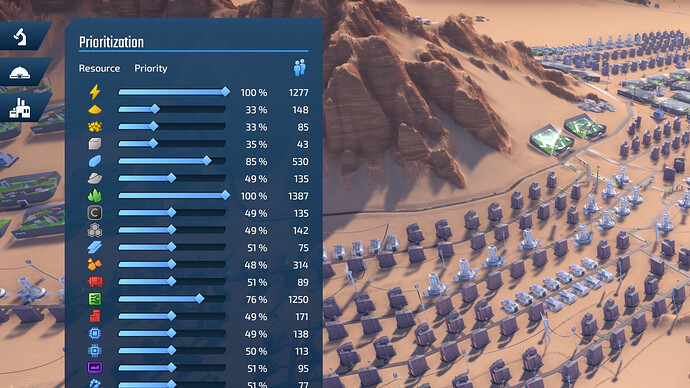 One of the most viewed menus in the game. Back then it didn’t include the production and consume stats that make it so useful today. Still, the ability to allocate your workers would help a lot in higher difficulties. In the background, you can still see the old terrain, which was due for a replacement. 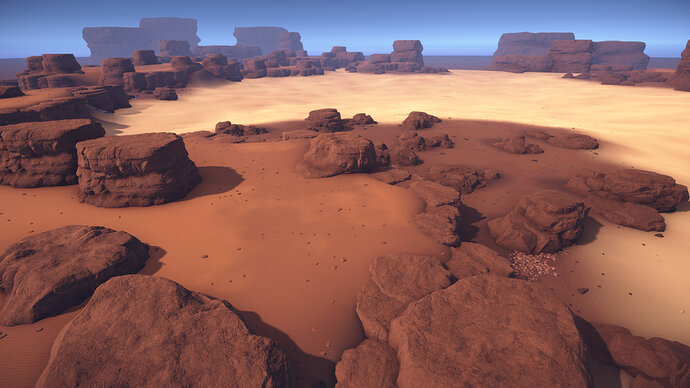 Since you start on an empty planet, the terrain is one of the most important graphical topics for InfraSpace. One of the challenges was that it was so large that creating details manually would not be possible for a team of our size. That’s when we switched to procedural generation with cliffs and rock fields to make it more interesting than our previous sand planet. 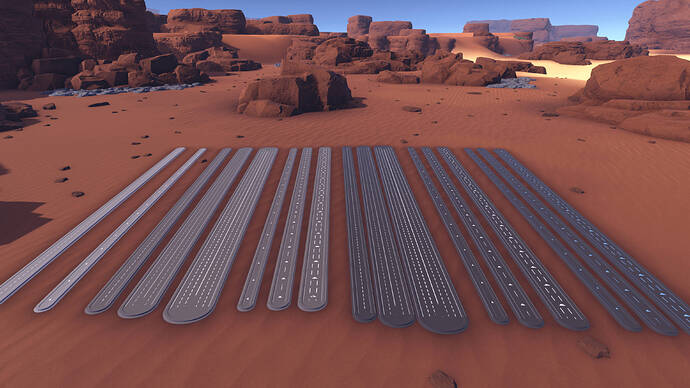 It’s almost hard to believe, but it took 8 months until we got the time to add different road times to InfraSpace! They are essential to make cars take the longer, faster way around the city and keep traffic out of the center.

City districts turned out to be a feature that is heavily used by some players and completely ignored by others. It’s a little bit of a pro tool to make traffic routes flow the way you desire and in large cities or with difficult settings, the extra traffic rules can make a large difference. We have some ideas on how to make it easier to use 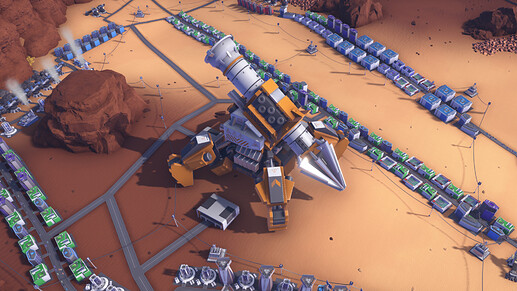 Shortly before the Early Access release, we managed to add a ton of new features. The visualizations are pretty useful and look great, but our colossal miner takes the cake! If you got a city that supports adamantine mining: Respect, you made it. Now, see how much you can get per minute 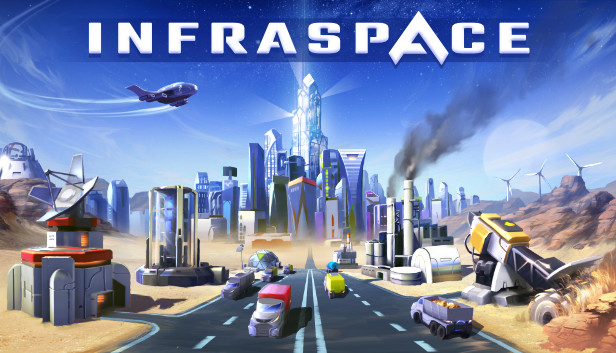 On October 15th InfraSpace saw its Early Access release on Steam, GoG, and Humble! We were lucky to be treated to very positive reviews as well as enough sales to safely keep going with the project. Also, a big release and a new, more demanding audience brings a ton of fresh feedback, new bug reports, and quality of life suggestiosns. We would spend most of the next 2 months polishing the core of InfraSpace, like road building to make it more accessible and less frustrating. 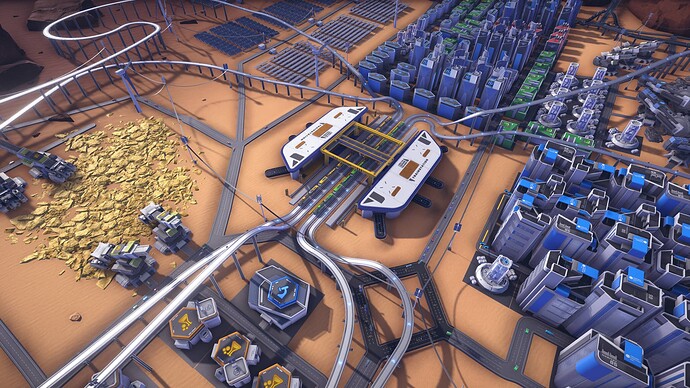 Finally, we released the trains update in December. It was by far the most requested feature on our in-game roadmap and we’ve seen players come up with a lot of interesting designs to keep the goods flowing nicely.

It’s been a long year for InfraSpace and we’ve got big plans for 2022. I won’t spoil any of them here today, but you can be assured the roadmap will play a role, the feedback is on our list and some secrete extras are in our notes.

I would like to thank the rest of the team, who have worked so hard, our first Alpha testers, who have been patient with us, the community translators, who localized InfraSpace into 15 languages already, the content creators, who gave us a chance, and, of course, the players, whom we do all this work for.

I wish you all a happy new year and happy playing!
Daniel / Ponzel

If you want a Dutch translator, then I am here for the job!