we spent most of this week getting the trains ready for release next Friday.
Since we’re introducing a full new mode of transport, there are a ton of edge cases we need to handle. Examples include what happens when you delete a rail that is currently in use by a train. Or how goods in a train update their pathfinding when you change the road network around them.

Also, we want to make sure trains can be used with some flexibility. Check out this station:

Test goods are produced on the left and consumed on the right. The center train station does not have any connection to the road network, but it can still function as a freight transfer site. Trains on the left loop unload their goods into the station and they stay in storage until they can be loaded onto the train on the right loop.

We’ve been making some progress here as well. Check out some pics for habitat level 1-5: 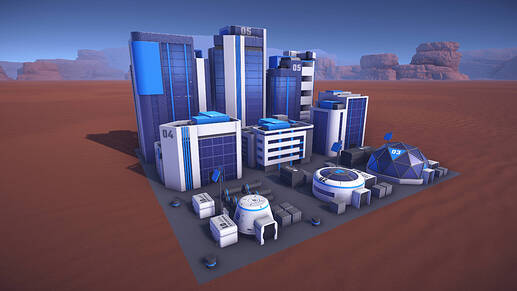 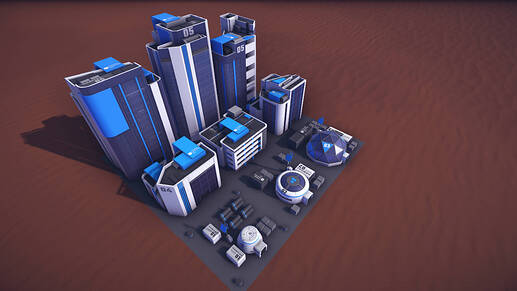 This week is the first in a long time without a weekly update on Friday (we did a small bugfix update on Wednesday after some players reported issues). Initially, we didn’t even plan to do weekly updates after Early Access release, but sometimes I can’t hold myself back and release features and quality-of-life stuff as soon as they’re done

Happy playing and see you next week!

Should all of the habitats levels be the exact same size?

I have had some city-wide collapses (see the trains post!) that have resulted in most of the habitats downgrading from Lvl5 to Lvl4 (crystal maze) or below. For some reason, some habitats when they are in the Crystal Maze stage clip into the road that they are adjacent to and cause the road to shut down, further exacerbating the collapse!