We want to extend a warm thank you to everyone that has bought InfraSpace, played it, provided feedback and became part of our community this week. When I check Steam’s screenshots section or the Discord server, there are some pretty amazing city designs out there and I’m happy to see them realized

The game has been received very well so far with a 92% positive rating at the time of writing. Still, there have been a couple of bugs and annoyances and it’s our job to take care of them. I already released 4 small patches during the release weekend and the beginning of this week, and today, you’re some more fixes and additions:

Thank you to everyone who has cast their vote on the roadmap already!

The most requested feature by far was trains, so we got right to work: 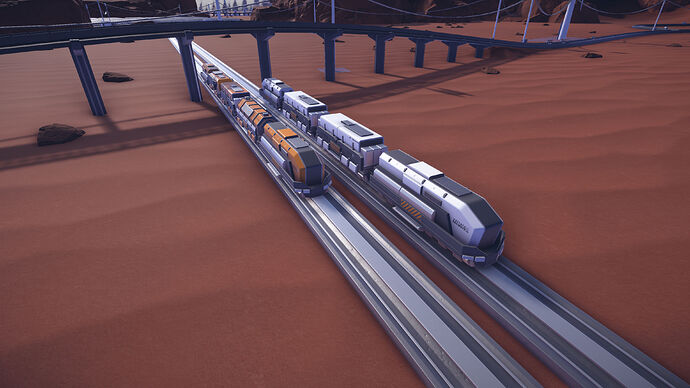 For now, these are just graphics without any programming behind them, but you can still let us know if you like how they look!

Screenshot Contest on the Subreddit

The winner is getting Reddit Gold or Discord Nitro, so if you want to participate and show off your city, check it out!

That’s it for this week. Thanks again for playing and keep the feedback coming, we read everything

Love the trains !
And thank you for fixing the bugs, cannot wait to try the multiple erase function.