Last week’s terrain update went pretty smoothly for such a large change, but nevertheless there have been a number of issues plagueing players, like blocked access ramps to the highland, inaccessible resource patches or bugged road construction.

With this update we address pretty much all of them and as a bonus we finished a large patch of new building models. Now your industry center should look significantly different! 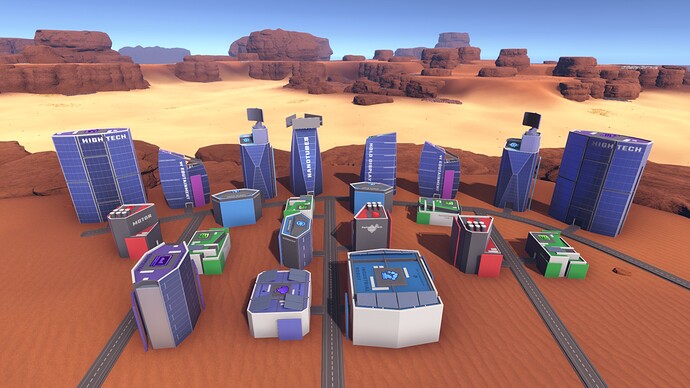 Because of the significant world generation changes, old saves are not compatible with this week’s update. If you have a large save from last week, you can either keep playing the old version for now or upgrade if you like the new changes above

I like the new changes, items, buildings and the good quality fixes.