This week we’ve integrated all the performance improvements hinted on last week and also added some more. However, that is boring to talk about, so we added another feature for you: Boosting!

If you construct buildings closer to their suppliers, you’ll gain extra efficiency for each nearby supplier.
For example, a microchip factory gains 8% of efficiency for every electronics factory around it: 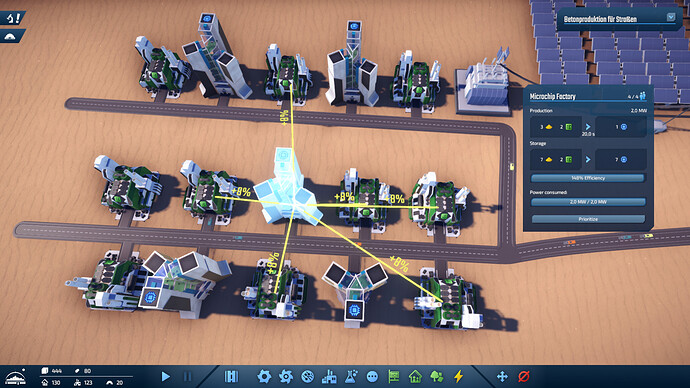 This should make building a well-planned city a lot more interesting. Long rows of electronics factories are no longer the default design since you’re leaving a lot of efficiency at the table. We’re looking forward to see what you come up with

Also, have a look at this teaser for what we’re working on. Not finished yet, but it’s a direction we could go 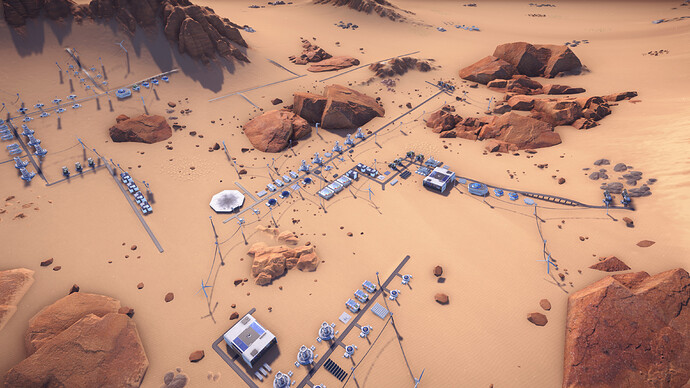 I like the Jeeps, Pink for incoming Citizens and Green for the Parks. Reminds me of the Grand Canyon Jeep tours and the Dinosaur movies. Good choice using Tankers for the Oxygen & Carbon and a modern-day chuck wagon for Survival Food.

Can we have the production rate information change base upon the efficiency (shorter time) and missing workers (longer time).