This week we’ve also been quite busy preparing for Steam Next and our new trailer is almost done!
We’ll release the trailer together with Alpha 6 on Wednesday. For players that have been playing every week, not much will change with Alpha 6, but a lot has happend since Alpha 5.0 in March and we think the game has progressed more than enough to be able to get a new major version.

We’re also experimenting with the look of the city. Scroll down to see our first attempts at what new habitats could look like - these are just tests for now, but we think a downtown area with some highrises could work very well.

And of course, with todays update, Alpha 5.14, you get a bunch of small fixes and changes. Check it out! 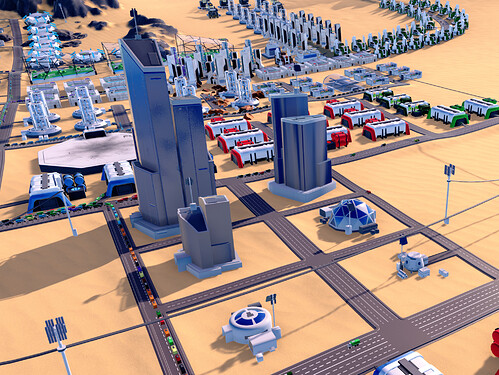 Nice to see the bug fixes, keep up the good work.