our last 3 updates have been quite large: The power system, a bunch of new upgrades, and the UI overhaul. Each time, we just barely managed to fit all the work into one week.

That’s why this week we took some time to get to some of the smaller quality-of-life issues we wouldn’t usually prioritize.

One of the bigger changes is that you now need an fixed absolute number of citizens at a certain level in order to advance your city to the next level, instead of a percentage of your current inhabitants. Also, we got new science pack models

. Besides that, check out all the other small changes in the list: 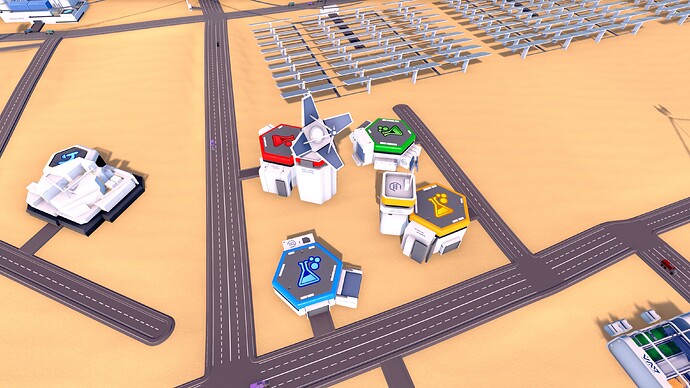 Definitely liking the graphical changes .-.Bit of a surprise that my City became a Large Town

Logical, though… and plenty of new things to check out/watch for…
Building - lots of building to do

Wow, looks like you’ve been extremely busy, going to check it out now.
Thanks again for all the hard work you put into the game.