this week we’re trying some large balancing changes that should change the way the game plays in mid- and late-game significantly.

Often times, it was better to keep your city small to manage this cycle. While this could be an interesting challenge, it’s not the kind of game we want to make! If you’re in need of more production, it should make sense to get a larger workforce.

That’s why we drastically scaled down the needs for this version. This is how many workers where needed to supply goods for a city of 100 people in the previous Alpha (note how you need more than 100 suppliers in Level 5!):

These are the new requirements for Alpha 5.7:

In order to make up for the difference, we’ve made research a lot more difficult, so we’re super interested to hear from you about how it plays!

I’m happy to announce that InfraSpace is going to feature music by Alexander Falinski!
Alexander is the composer behind games like Planetbase and Dawn of Man, so seasoned city building players might already be familiar with his work!

He recently finished the first track for InfraSpace. Check it out:

As always, Alpha 5.7 is available for download, so give it a try! 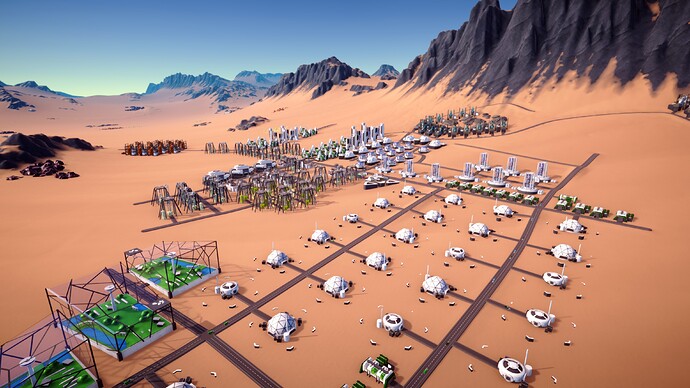 All sounds great to me, interested in seeing more late game.

I have both of the Madruga games, so yes - The new music sits very well with me.

Alright guys, it seems like a bugfix update is in order