Hello everyone, it’s been a busy week!

On Monday I spent some time to release another bugfix update for Founders’ Fortune and from Tuesday on, it was time to work on the next InfraSpace update.

Do you remember the flickering issue many players had when we first released the Alpha? It only affected AMD GPUs and we “fixed” it by switching from DirectX to OpenGL temporarily. Initially, this bug was horrible to investigate since we were all devleoping on laptops with nVidia GPUs.

But, since this week, we got a new computer which features an AMD processor and graphics card, so we were finally able to fix this issue and can be reasonably confident that such a widespread issue will not enter the game again without us noticing

Besides bugfixes and quality of life stuff we got some new visuals in as well. Andreas just finished upgrading the roads: 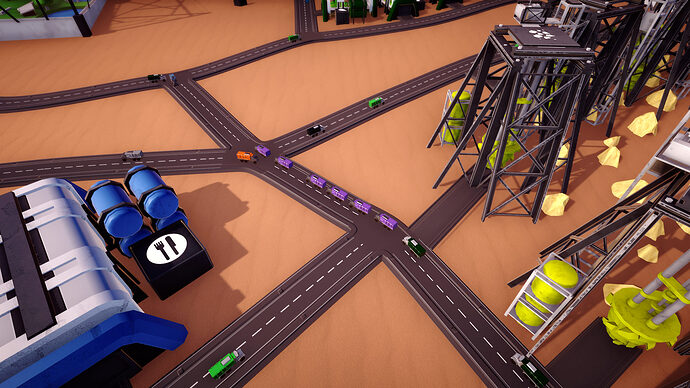 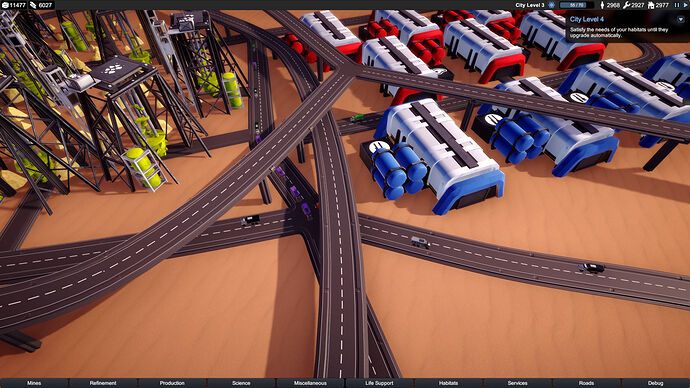 Dávid has been working on bridge piers (among other stuff) and while it’s not 100% done yet, it works well enough that we decided to include it in this week’s alpha release: 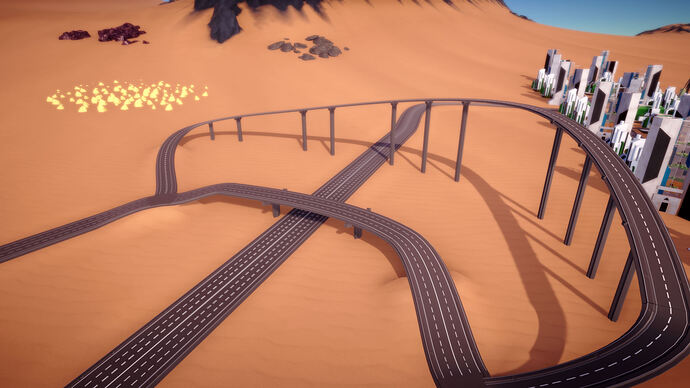 Next week, I’m hoping to get to more gameplay tasks, like teaching trucks how to turn left into side roads. Let’s see how it goes!

Some big changes and looks good

Keep up the good work
and Prost!

Great to see the good work going into this at such a fast pace.
Keep it up.

Wow. Thats pretty exciting. How do we get 5.3? (NM… Got it from initial Alpha Link)

Thanks for the responses everyone!
You can always get the newest Alpha from the main menu or the email link.