How the first Alpha Release went

I think we can be pretty happy with the results! Overall, 1,375 people tried the game and played 3,644 hours in the last 7 days.

Looking at the community reaction, I think most players were pretty happy with the gameplay and some were surprised at how much content was already in the first Alpha. We hope this won’t be the last positive surprise during development!

There have been some critical bugs of course, like the AMD flickering issue. This just reaffirms how critical it is for small indie developers to run an Alpha test with real players so that the most common bugs can be identified. Our error reporting system received 523,010 error messages, so I guess we have some data on where to improve stability

I’d like to thank all the people who have tried the game and provided feedback on the gameplay, reported bugs, and notified us of balancing issues. Also thanks to the Content Creators who let their fans know about InfraSpace as well as the players who shared it with their friends.

On Monday, we already released Alpha 5.1 to fix the most pressing issues quickly and today we’re following up with Alpha 5.2.

We have a lot of large tasks on our radar, but from the quickfix update to this Friday we only had time for some of the smaller improvements.

Check out the changelog:

We’re not sure yet if we can keep up weekly updates, but I think the earlier new changes are tested by players, the better.

Since Devlogs without any pictures are always quite boring, I’d like to show you some progress Andreas has been making on our graphics. All the models you see in-game right now are only “semi-finished” and we plan to do another polishing pass over them. Here’s a picture of what Habitat 1 could look like: 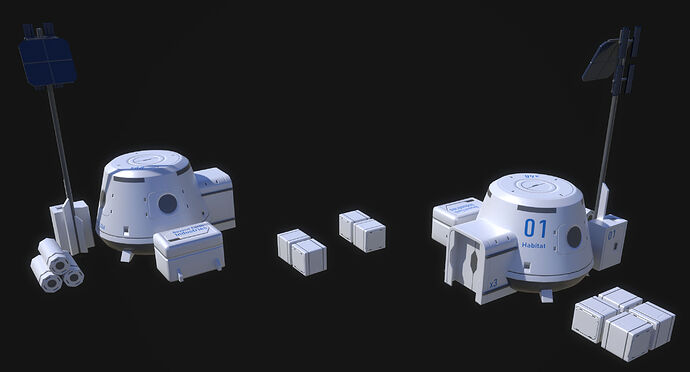 For comparison, this is what’s currently in the game: 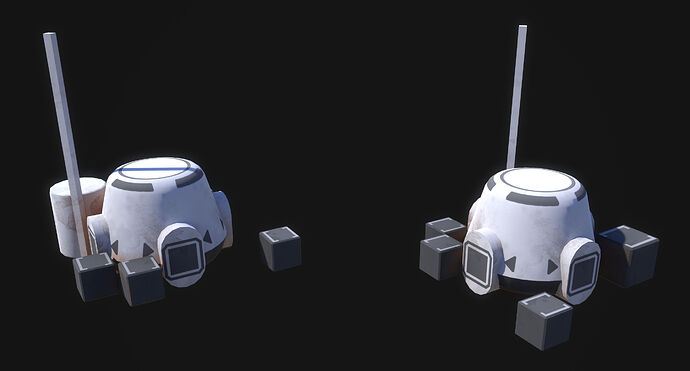