Bug where trucks gets stuck for no reason

I didn’t realize this until it already clogged up a massive amounts of traffic(It clogged up my superhighways, and other things which ruined my city), and I have zero idea how this happened 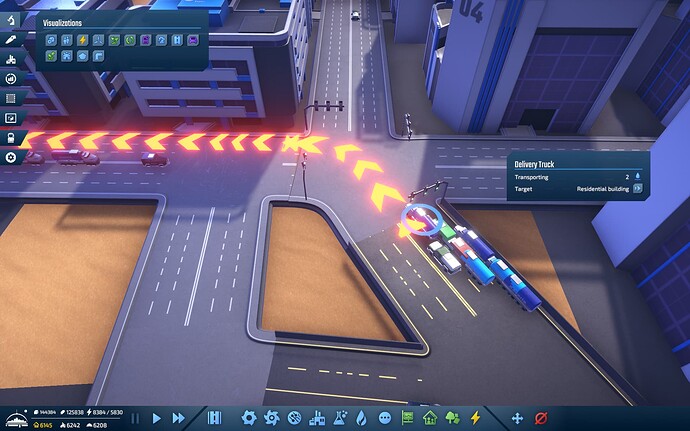 Yeah, we’re led to believe that this is the actual game, traffic sits around doing nothing for no reason with zero ability to mitigate or to find out what the vehicles are thinking. This is why we need some stupid ass aesthetic upgrades

Try removing and resetting all the traffic light phases, on the bright side at least it’s not backed up all the way to the production facility

I had this happen last night. I had done some custom lane assignments which worked for a while, then randomly disappeared. It had gotten stuck in the lane and had nowhere to go. Other traffic ended up getting stuck beside it even though the other lanes were still assigned correctly and functioning.