Alerts for no oxygen etc

It would be nice to have alerts for other types of events, like when a grid has not enough power.

So I was building on a far part of map unpaused while waiting for resources. I don’t know what happened, but suddenly residential buildings stopped getting oxygen and were dropping from max level to the lowest one fast. I started losing population and that in turn made the oxygen situation even worse.

Would it be possible to make some type of alert if a population is going down, there is not enough resource in a building or there is no road connection, etc.? Or a list of buildings that have no resource, same as with icons on map, but on a list.
Also I don’t know if it would be possible to detect gridlocks?

Agreed. Gridlock is my economy destroyer. Was approaching 6300 population in my current game … reduced by more more than half, all because of gridlock.

I pretty much run with the Production window open full time now just so that I can see what’s happening and what’s needed.

Gridlock needs some tools to address it (although that may be that I’m not using the tools that are available properly yet). I’ve had it kill a couple of my cities so far. Would like to see the traffic take the fastest route rather than the shortest though.

I leave the Production window open too. I wonder if it can be pulled out into a topbar, or something so it’s “always open”.
100% I’d love to see traffic adjust to conditions like gridlock, including trains.

I think that’s a good idea, together with the clock option asked in another topic

Hi Araurlis, I do the same here, although, in the end, I found out that it is not entirely accurate. According to the production window, I had insufficient production, while if I looked at the production sites, several outgoing stores were packed to the max.

or traffic seeing how full a route is and calculating that the alt route would be faster because of the traffic on the main line. But thats why you use trains hehe 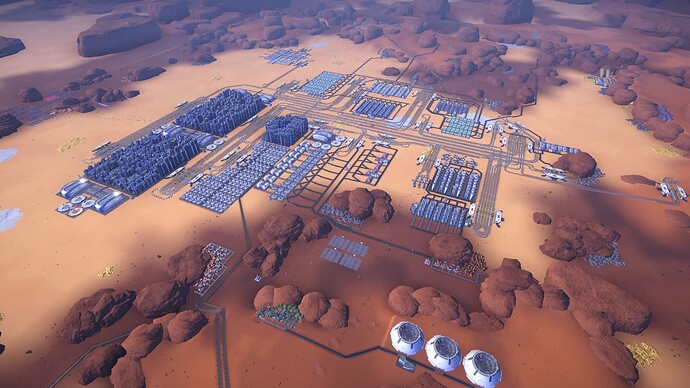