Diving back into Infraspace after the update and I’m confused by what is required to deal with methane. I need it for yellow research, but how do I get it? All my methane is in the river bed of my map. I can’t access it via road.

Am I just supposed to throw some drills and a powerplant down there and pipe it a hundred miles back to the city? Even though there is no way for workers to get there?

That’s fair. I assumed the Methane drills would require workers, which they don’t. Also the pipes don’t seem to care about the elevation change.

And I had totally forgotten about raising and lowering roads, so that is certainly a good reminder.

I’ve setup a train station at the bottom and ran some tracks to a centralized station using elevated rails similar to the roads suggested by @Chieri .

I like the gondola idea though. I may try to adopt that instead. Thanks @Chieri

This is very late game, but I did this as soon as I could: 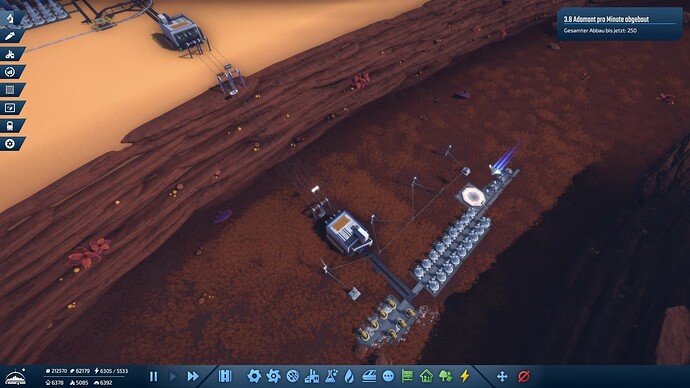